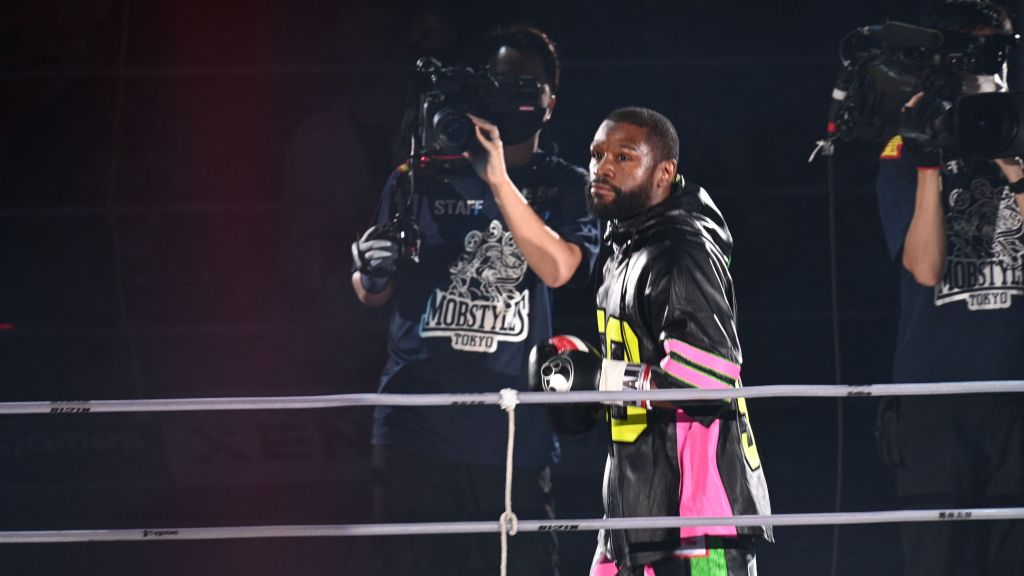 Floyd Mayweather’s exhibition tour will continue Nov. 13 in Dubai, where the Hall of Famer is scheduled to face British YouTuber Deji on pay-per-view.

“Huge thanks to Global Titans and my team for creating this incredible opportunity,” Deji said in a statement announcing the fight Monday. “It’s a privilege to be headlining this phenomenal spectacle in Dubai, against the all-time great Floyd Mayweather. This is going to be fun!”

Said Mayweather, “I am delighted to bring this incredible boxing experience to Dubai. Global Titans will give fans an unrivalled boxing match with a huge undercard. It is an honour to be a part of such an iconic event in an iconic city, and I would like to thank the Global Titans team for reaching out to me and giving back so much to the sport I love.”

Deji is the brother of KSI, who outpointed fellow YouTube star Logan Paul in a sanctioned bout in 2019. Mayweather faced Paul in an exhibition in June of last year.

Mayweather, 45, knocked out Japanese mixed martial artist Mikuru Asakura in the second round of their scheduled three-round exhibition on Sunday in Saitama, Japan.

He also has expressed an interest in fighting UFC star Conor McGregor a second time. And Manny Pacquiao was an invited guest at Sunday’s Super RIZIN event, raising speculation that a Mayweather-Pacquiao exhibition is in the works.

Mayweather’s last sanctioned bout took place in 2017, when he stopped McGregor to finish his career with a record of 50-0.

Since then, he has taken advantage of his popularity by facing Japanese kickboxer Tenshin Nasukawa (2018), Paul, retired boxer Don Moore this past May, and Asakura in lucrative pay-per-view exhibitions.