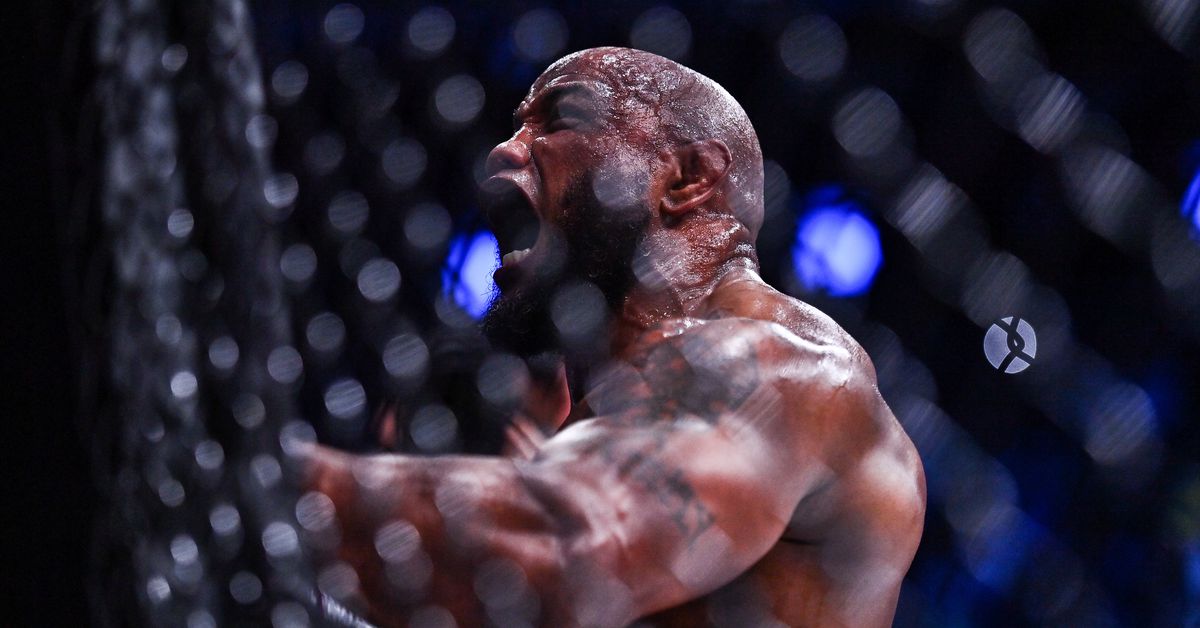 “The Solider of God” demolished Manhoef in brutal fashion Friday in Bellator Dublin’s co-main event, stopping the longtime veteran with a flurry of ground-and-pound punches and elbows from the top position at 3:34 of the third round. It was an unfortunate way for Manhoef to end a career that spanned nearly three decades, as replays showed the 46-year-old already unconscious before sustaining several more hard elbows to the head from Romero prior to referee Kerry Hatley jumping in and stopping the contest.

Those final few shots were even more ferocious when seen from the alternate angle Showtime Sports released over the weekend, which can be watched below.

“I didn’t want to fight a nobody,” Manhoef said after his loss. “I wanted to fight names, and I did the best that I could. For 28 years, I’m doing this, this is what I love, and I appreciate all the support that you gave me. But today, I think I have to hang up the gloves after 28 years of fighting. Thanks for the support, you make my life great, you let me feel alive.”

In the aftermath of Bellator Dublin, the 45-year-old Romero told reporters that his main objective now is drop back down to 185 pounds and challenge for the Bellator middleweight title, which is currently held by undefeated ATT product Johnny Eblen.