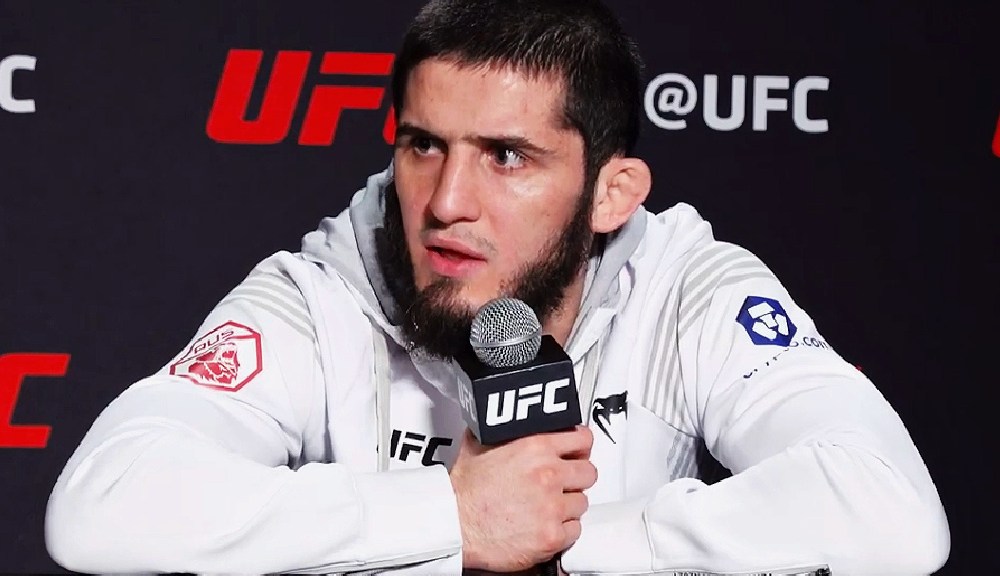 Kind of how The Rock would say it, Islam Makhachev would like Michael Chandler to know his role and shut his mouth.

Makhachev (22-1 MMA, 11-1 UFC) made that very clear Monday when he responded to criticism from Chandler (23-7 MMA, 2-2 UFC) on Twitter. In an interview with MMA Fighting, Chandler knocked Makhachev’s resume.

It is true that Makhachev is about to fight Charles Oliveira for the vacant lightweight title at UFC 280 on the strength of a TKO victory over unranked Bobby Green after Beneil Dariush withdrew from the scheduled matchup this past February. Prior to that, Makhachev’s biggest win was against Dan Hooker, who’s been on a downswing having lost four of his past five fights, including to Makhachev.

Still, Makhachev is on a 10-fight winning streak that dates back to September 2016, and he believes he’s rightfully getting a title shot next month in Abu Dhabi.

So after hearing Chandler’s words, Makhachev fired back.

Haha., your only two win in UFC is Hooker who came out of loss, and Tony who has 5 losses in the row now.,” Makhachev tweeted, “please shut up and stay in line

To Makhachev’s point about Chandler, the former Bellator lightweight champion is 2-2 since joining the UFC, with wins over Hooker and Tony Ferguson by brutal front-kick knockout this past May at UFC 274. On the heels of beating Hooker by TKO, Chandler received a vacant title shot against Oliveira and lost by second-round TKO after winning the first round. Chandler’s other UFC loss was in the 2021 Fight of the Year against Justin Gaethje, who took a unanimous decision after a three-round war.

If Makhachev wins gold at UFC 280 and Chandler beats Dustin Poirier in November at UFC 281, it just might set up a title showdown between the two men.