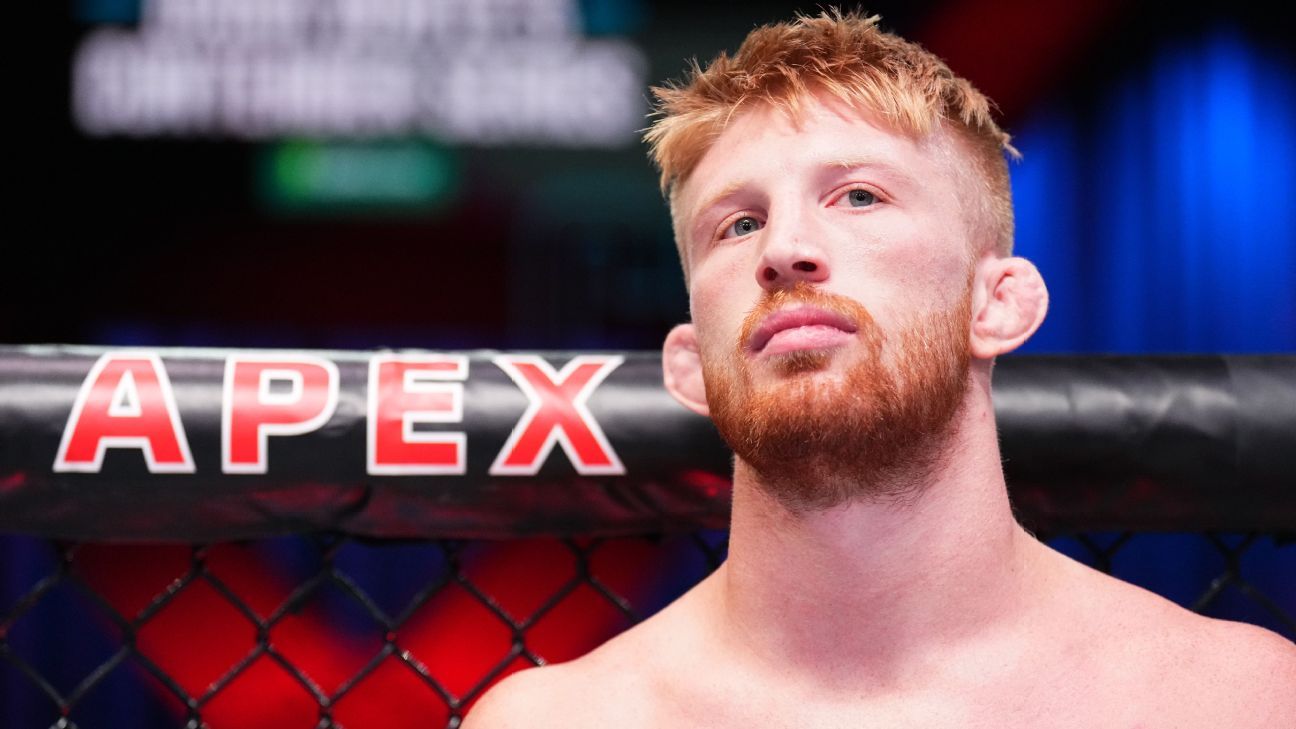 Bo Nickal showed he belonged in the UFC seven weeks ago. Fighting on Dana White’s Contender Series on Aug. 9, he made quick work of an overmatched opponent, choking out Zachary Borrego in just 1 minute 2 seconds. For that stunning show of brutal efficiency, Nickal earned a stream of platitudes from White, who referred to him as “amazing” and “one of the hottest prospects in the sport.”

What Nickal did not get that night from the fight promotion president, though, was a UFC contract.

White made the curious choice to hold off on signing Nickal right at that moment and instead offer the three-time NCAA Division I wrestling champion a second tryout on the Contender Series, which happens on Tuesday in the show’s season finale (ESPN+, 8 p.m. ET). Fans and pundits alike dissed White’s decision to delay the seemingly inevitable. But Nickal took it in stride.

“I’m not here to get a UFC contract,” Nickal said. “I’m here to be UFC champion, the No. 1 fighter in the world. That’s what’s on the horizon for me.”

If Nickal was seeking approval from his future boss that night by saying the right thing, his resolve to do so has since been tested again. On last week’s Contender Series episode, White awarded a contract to a 17-year-old, Raul Rosas Jr.

Surely the teen can’t be more prepared for the Octagon than the 26-year-old Nickal, who despite being just 2-0 as a professional, has a sparkling resume filled with competition on prominent stages. Along with winning three individual NCAA titles and making the final as a freshman, Nickal was part of four straight national championship teams at Penn State. He won an under-23 world championship in 2019 and was a finalist at the 2020 US Olympic team trials.

And yet Nickal does not begrudge Rosas for landing a roster spot before him.

“No, not at all. Everybody is on their own trajectory. Good for him,” Nickal said last week. “That’s a cool accomplishment for him, to be the youngest fighter on the roster. But I have a different plan for myself and where I’m headed. So what others do in the sport doesn’t affect me. If other people have success, I’m not a hater in any way. Go ahead and do your thing.”

So, what is Tuesday night’s middleweight fight against Donovan Beard supposed to prove? It would be a stretch to say White and the UFC arranged this second Contender Series appearance to test Nickal further or even to build up the drama for his entry to the UFC, because few have any doubts about how this fight will end. Caesars Sportsbook has Nickal as a 16-to-1 favorite — despite it being just his third pro fight. This booking seems less about what Nickal can get out of another Tuesday at UFC Apex in Las Vegas versus the Contender Series riding Nickal’s coattail on the hype train.

Nickal’s arrival in the UFC has been long awaited. While many wrestling greats have gone on to see success in the Octagon, it’s often been a fallback for others, sometimes with hesitation, in pursuit of a money-making opportunity after they’re done with their singlet. Nickal, however, has been envisioning an MMA career ever since he was young.

“I always liked fighting,” he said. “Not just wrestling competition, either. My friends and I would bare-knuckle fight each other for fun on the playground. That was a part of my daily life that I always enjoyed.”

What transformed childhood play into a career path was the atmosphere surrounding the big MMA fights he would watch on TV. “You’d see this huge arena filled with fans, people cheering, all the lights,” Nickal said. “The whole atmosphere was such a cool thing for me to watch. I used to envision myself making that walk.”

If all goes to plan on Tuesday, Nickal will soon realize his dream of walking out to the cage in a packed arena. He said he hopes to make his UFC debut at a Dec. 3 Fight Night at the 18,000-seat Amway Center in Orlando, Florida, just upstate from where he trains at American Top Team in Coconut Creek. Nickal has been rounding out his skill set in that gym, working with Jorge Masvidal and others on his standup game.

But make no mistake, Nickal said: If he fights in the UFC, he will not forget the skills that got him there.

“There have been some great wrestlers in MMA, but sometimes I’ve seen them abandon their wrestling and get into brawls. That’s not going to be me,” Nickal said. “Anybody I fight for the rest of my career has to be prepared for a wrestling match. Whoever I go against, I can grab them and throw them to the ground anytime I want to. So that’s something that every single guy should be prepared for. For me, I’m sticking with my roots, and I believe that’s the path that will make me No. 1 in the sport.”