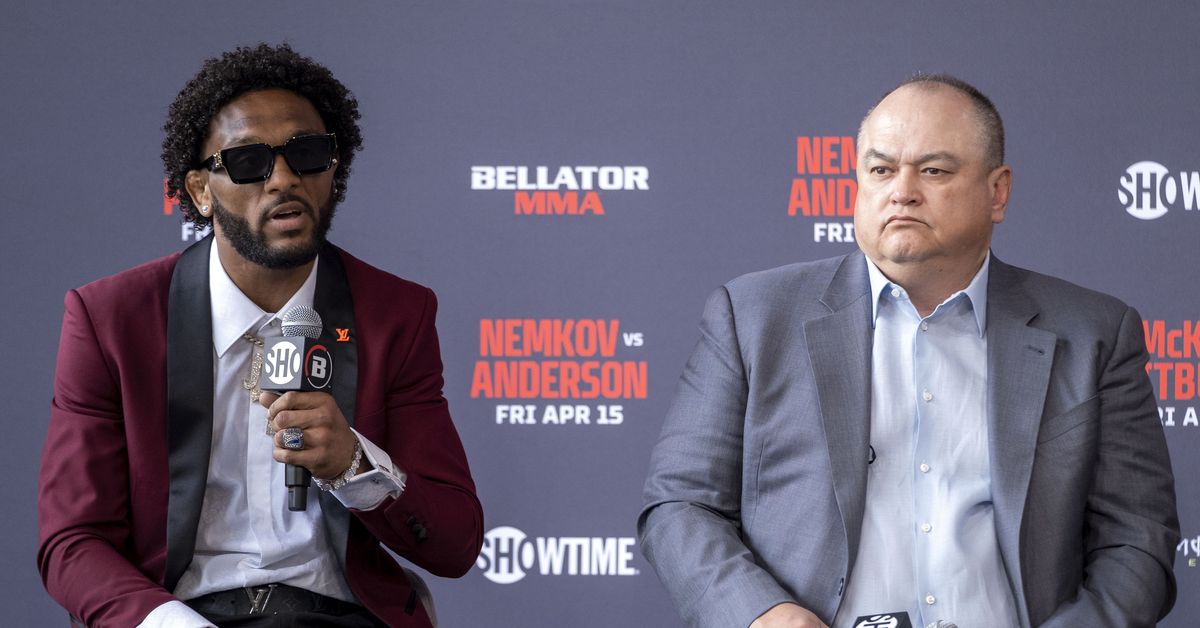 Bellator is keeping their grand prix system right on rolling, and the next one up figures to be among their best ever.

Speaking Wednesday on The MMA Hour, Bellator CEO Scott Coker announced that the promotion would be putting on a lightweight grand prix in 2023.

“If you look at our roster, I think this is the best roster I’ve ever had at Bellator, and it’s taken us about four or five years to get here,” Coker said. “We’ve got a lot of young kids I’m super high on, and we’ve got a lot of good veterans, but if you look at our 155-pound weight class, with [Tofiq] Musayev, and Usman Nurmagomedov, and [Patricky] Pitbull, and Benson Henderson — who is coming off a great win over Peter Queally — I think going into next year, one of the things these guys need to consider is that probably will be our 155-pound tournament next year.

“So some of the fighters might want to stick around and stay a little heavier to try and go after that prize money of $1 million bonus that we give out at the end of the tournament.”

Bellator has run five grand prix over the past few years, but has yet to do one in arguably their most storied division. And while Coker says they have not yet decided who will be the eight fighters guaranteed a spot in the tournament, the promotion has no shortage of options.

“We’re going to get it on and it’s going to be amazing,” Coker said. “I’m telling you, when I saw Musayev fight in Japan in ‘19, and he beat Patricky, I was like, ‘This kid is really good.’ Then we got the opportunity to sign him and Usman. Javier [Mendez, American Kickboxing Academy coach] told me Usman’s going to win the tournament and Javier rarely steers me wrong. But these kids are going to have their hands full.

The promotion is currently wrapping up two other ongoing grand prix — the light heavyweight tournament which was delayed due to a no contest in the finals between Corey Anderson and Vadim Nemkov, and the bantamweight grand prix, with the semifinals set to take place later this year.

As such, Coker said they are targeting an early 2023 launch for the lightweight tourney.

“We’re going to finish our light heavyweight tournament in November, the [bantamweight] semifinals in December,” Coker said. “I feel like we want to set this off in February. February would be a good month and the bantamweight tournament [finals] sometime in March.”

The announcement of a lightweight tournament comes at a fortuitous time for Bellator as the former 155-pound champion Eddie Alvarez recently parted ways with ONE Championship, and has stated his openness to return to his old stomping grounds.

Alvarez is a two-time Bellator lightweight champion, having initially won the belt in the promotion’s first ever lightweight tournament final. He lost the belt to Michael Chandler in 2011 but reclaimed the title before leaving the promotion in 2014 to join the UFC.

One of the most accomplished lightweights of all-time, Alvarez could be a huge boost to the eight-man grand prix, and so as the promotion begins to lay the groundwork for next year, Coker says he’s certainly open to the idea.

“You know where this company is going. We have a lot of veterans and a lot of great talent, but we have a lot of young fighters that are up-and-coming,” Coker said. “We’re putting a big investment in this younger talent, so when I thought about Eddie originally I was kind of like, ‘I like the roster where it’s at.’