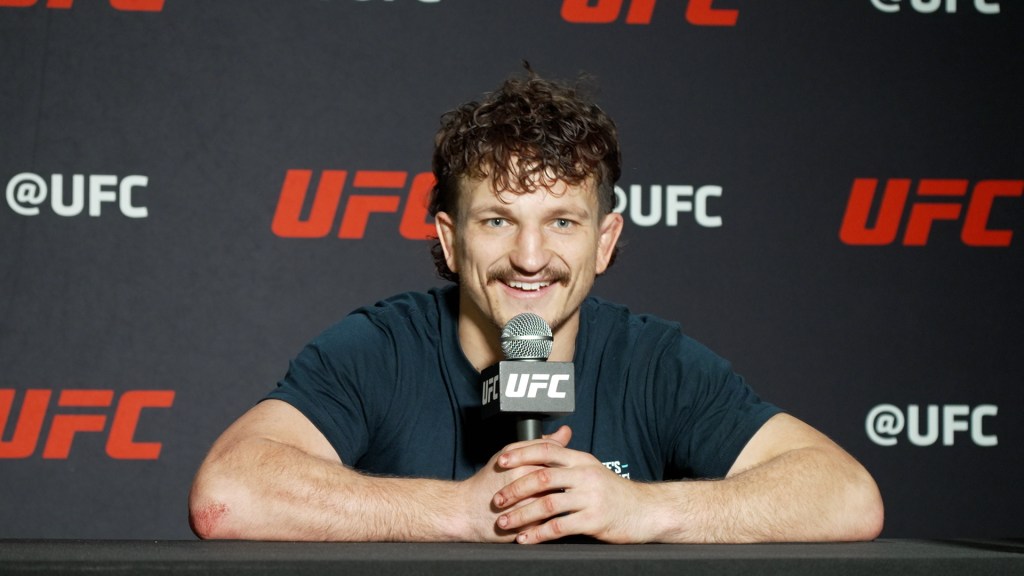 LAS VEGAS – Although Jack Jenkins dominated at Dana White’s Contender Series 56, he was entirely happy with his performance.

Jenkins (10-2) bloodied and battered Freddy Emiliano Linares to score a third-round TKO at the UFC Apex on Tuesday, which earned him a UFC deal. The Australian prospect said he would have liked to show off more of his striking, but the pressure of a hectic fight week got to him.

“Huge week of emotions,” Jenkins told reporters, including MMA Junkie, on Tuesday. “I just caught Dana for a couple of minutes out in the back and just sort of spoke about the performance and said, ‘Mate, it was such a pressure cooker this week.’ I had some troubles getting a visa, so we ended up flying in late. I got in at 10:30 and got picked up at 6:30 to come here and do media, and it was all a bit of a whirlwind.

“But I think the Contender maybe is designed for that a bit to try and weed out the guys who can’t handle that high pressure. Maybe it got a little bit to me in the performance there, and I didn’t let my hands go or my kickboxing prowess show, but I did enough to get the job done.”

Although Jenkins’ coaches were happy with his performance, he wasn’t sure if he’d be awarded a UFC deal.

“I was just a bit overwhelmed,” Jenkins added. “You get the finish. I think I 10-9’d him, 10-8’d him in the second and then finished in the third. So on paper in any other scenario, you go, ‘Wow, what a performance.’ But with the pressure that comes with being in the Apex for Contenders, you go, ‘F*ck, was that enough?’

“So, looking back at it now, I was a bit disappointed, and my coaches both said to me, ‘Mate, pull your head in. You did very well.’ So yeah, got the contract, and now the real work begins. It’s murderer’s row now, so time to pull the finger out and really get going.”

Watch the video of Jenkins’ complete post-fight media availability above.

For more on the card, visit MMA Junkie’s event hub for DWCS 56.