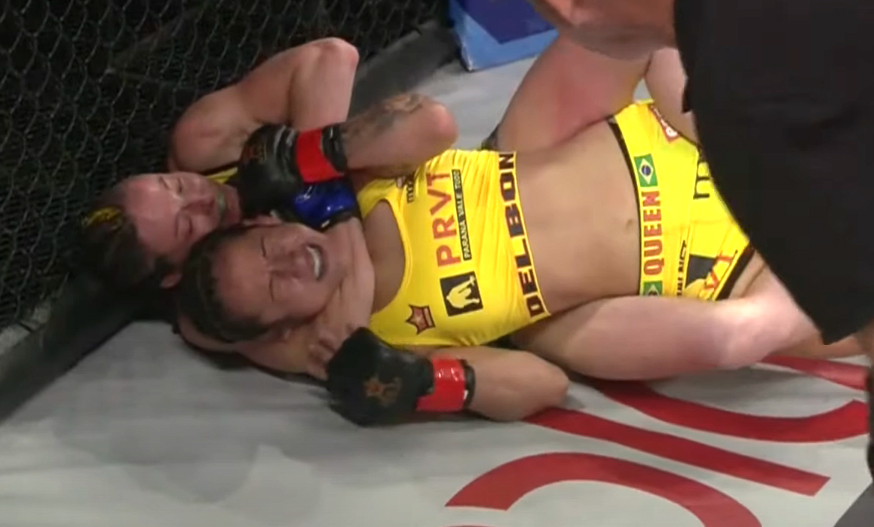 Invicta FC returned to action Wednesday for a seven-fight event featuring an atomweight title bout, and MMA Junkie provided a live stream and official results of the event.

Invicta FC 49 took place at Sugar Creek Casino in Hinton, Okla. In the main event, Jessica Delboni sought to defend the atomweight title for the first time against Jillian DeCoursey. However, the belt would change hands in the first round.

DeCoursey (6-3) met the aggression of Delboni (12-4) head on, and pulled off a beautiful reversal as her opponent attempted to bring the fight to the ground. DeCoursey found her way to Delboni’s back and locked in an incredibly tight rear-naked choke submission. Delboni fought it off as best she could, but was forced to tap in the closing seconds of the opening round.

Make it two first-round finishes in a row for the new champ DeCoursey, who entered on the heels of an opening-frame TKO stoppage of Lindsey VanZandt at Invicta FC 47 in May.

Watch the stream of the full event above and check out the official results below.

Full results of Invicta FC 49 include: