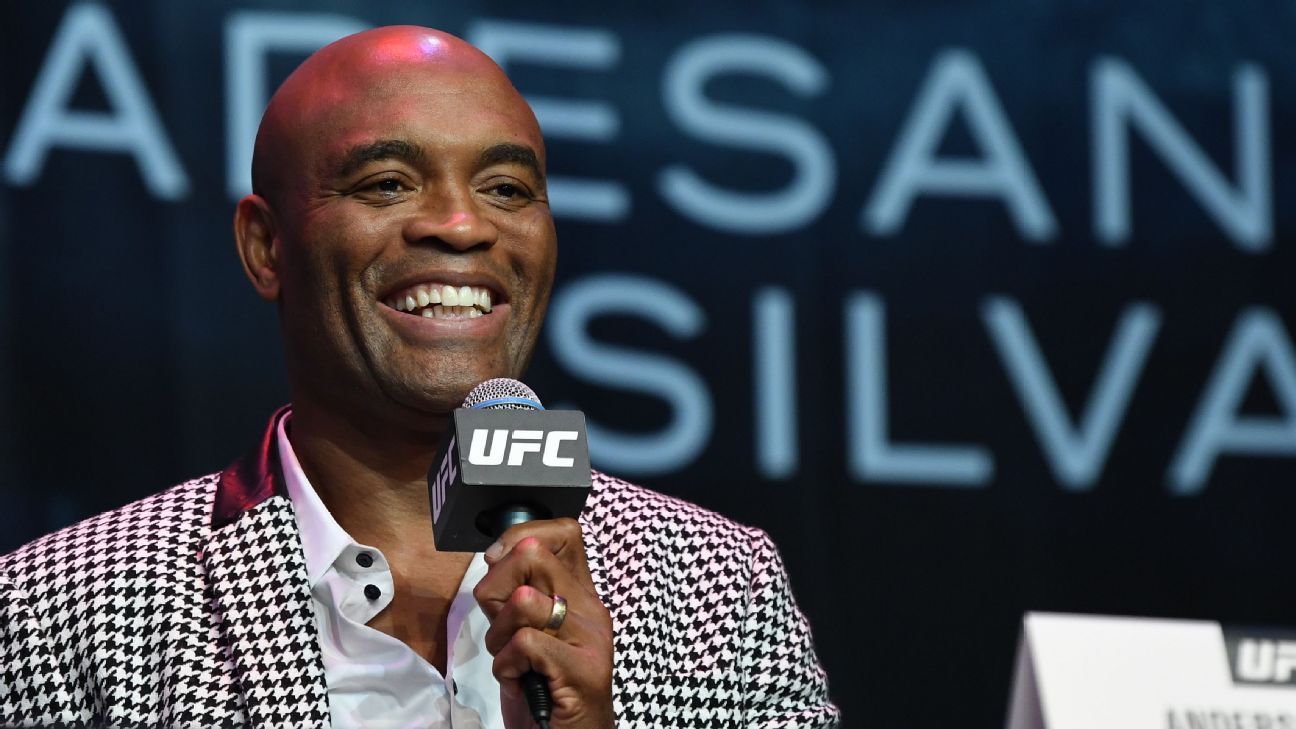 Followers of MMA need no introduction to Anderson Silva. But for those combat sports fans who follow just boxing as well as those social media mavens drawn to boxing merely by the presence of YouTube personality Jake Paul, there is much to know about Silva, who will face Paul in a boxing ring on Oct. 29 in Phoenix.

Although Silva is just 3-1 in professional boxing, with the first two of those bouts having taken place over 17 years ago, the 47-year-old Brazilian is one of the greatest fighters in the history of mixed martial arts. Known as “The Spider,” he reigned as UFC middleweight champion from 2006 until 2013, building a 16-fight winning streak that still stands as the longest ever in the Octagon. His title reign of 2,457 days is also a UFC record.

Silva was awarded a UFC-record seven Knockout of the Night bonuses plus five for Fight of the Night and two for Submission of the night. His total of 14 postfight bonus checks puts him in fifth place all time among UFC fighters, behind Donald Cerrone and Charles Oliveira (18 bonuses apiece), and Joe Lauzon and Nate Diaz (15 apiece).

Silva has not fought in MMA since a 2020 TKO loss to Uriah Hall. But since then he has resumed his long-dormant boxing career and has competed twice in the ring, including last year’s split-decision victory over former WBC middleweight champion Julio Cesar Chavez Jr., son of the boxing legend of the same name.

Paul has built his 5-0 boxing career largely on fighting former MMA stars. After he beat fellow social media personality AnEsonGib in his 2020 pro boxing debut and then knocked out former NBA player Nate Robinson, Paul went on to KO former Bellator and One Championships titlist Ben Askren in April 2021. Since then, Paul has twice defeated former UFC welterweight champ Tyron Woodley, most notably with a one-punch KO last December.

Prior to the second Woodley fight, Paul was scheduled to face his first pro boxer opponent. But a bout against Tommy Fury, half brother of heavyweight champion Tyson Fury, was twice canceled. Paul later was booked against Hasim Rahman Jr., son of the former heavyweight champ, but that fight also fell through.

Silva does not have the boxing background of either of those previously scheduled Paul opponents, but he is one of the greatest strikers in MMA history. Even approaching 50 years old, Silva presents a higher level of challenge than did the MMA fighters Paul has faced before.

The bout at Gila River Arena will be available on Showtime pay-per-view.