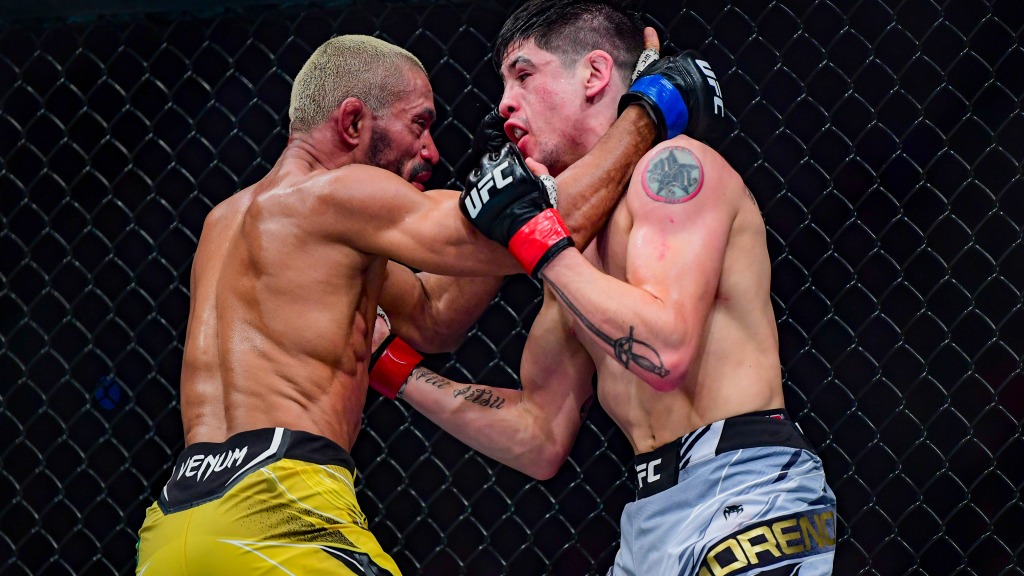 Deiveson Figueiredo and Brandon Moreno will unify the flyweight titles at UFC 283.

Two people with knowledge of the matchup recently informed MMA Junkie of the booking but asked to remain anonymous since the promotion has yet to make an official announcement. Reporter Rodrigo Del Campo was the first to report the news. Figueiredo also announced the signing of the bout Monday on <a href=”

Moreno and Figueiredo will square off for the fourth time. In their first fight at UFC 256 in December 2020, Figueiredo retained the flyweight title when the bout ended in a majority draw. The pair rematched at UFC 263, but Figueiredo was dethroned when Moreno submitted him by rear-naked choke in Round 3. However, Figueiredo regained the title when he edged out Moreno in a trilogy bout at UFC 270 this past January.

A quadrilogy was expected to take place next, but the promotion opted to create an interim title after Figueiredo was sidelined due to injury. Moreno faced Kai Kara-France at UFC 277 in July and captured part of the belt back when he shut down the Kiwi fighter by a body kick TKO, setting up a fourth showdown with Figueiredo.

With the addition, the current UFC 283 lineup includes: