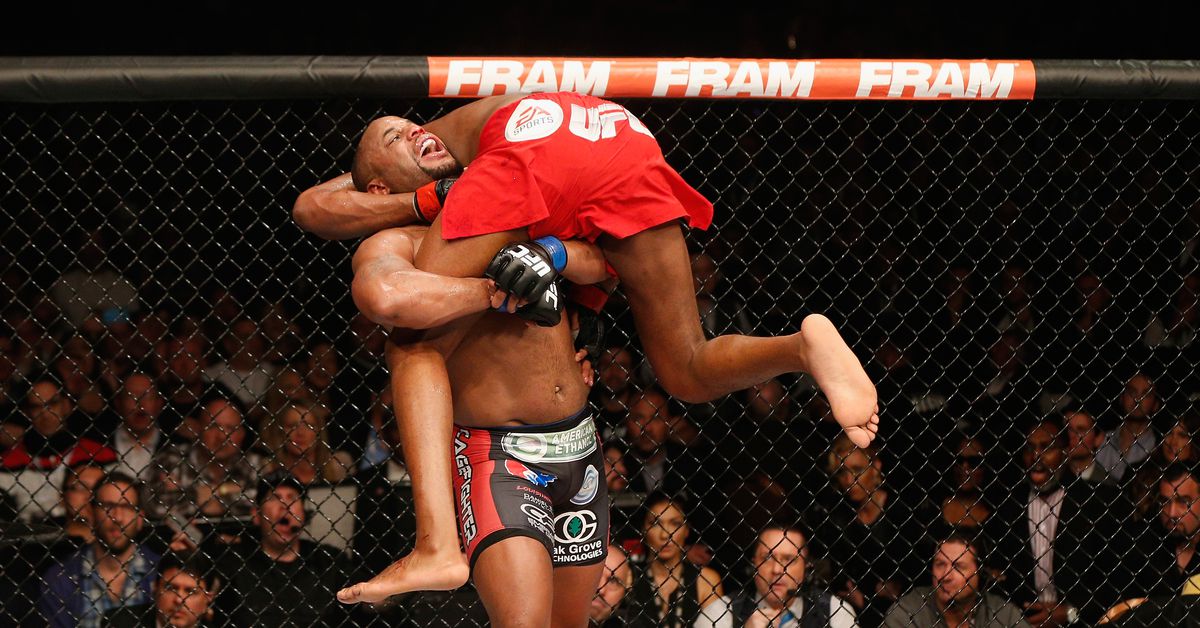 As one of the most credentialed wrestlers to ever transition into MMA, Bo Nickal deserves his hype. He’s a hugely accomplished competitor, and he’s spent many years training with elite talent at American Top Team. It’s not a surprise that he’s finding success nor is it shocking that he’s a major favorite ahead of his UFC debut in December.

Nickal isn’t satisfied with being another blue chip prospect, however. He wants to standout immediately, become a star, and get on the fast track to a UFC title. Notably, Nickal has called to fight Khamzat Chimaev, the most recent mega prospect to climb the UFC ranks, and now maybe a Middleweight? Nickal has been warned against this track by some and encouraged by others, and now former UFC double champion Daniel Cormier has now offered his thoughts on the potential match up as well.

“Bo Nickal doesn’t allow for bumps in the road to really deter him or knock him off course,” Cormier said on the DC & RC podcast (via BJPenn.com). “He’s always heading down one path, and that’s to be the best. When you match them up in just wrestling, I don’t believe that Khamzat can compete with him in just wrestling. But, in mixed martial arts that makes it a little more difficult to implement a strong wrestling base.”

Cormier, an Olympic wrestler, knows well what it’s like to be the most accomplished wrestler in whatever division he competed in. As a result, he knows that wrestling credentials are no guarantee of winning the takedown battle in the cage, and he points to his bout with Jon Jones as an example.

Cormier continued, “Look, I struggled taking down Jon Jones even though I was a much more credentialed wrestler. There are so many factors that go into effectively wrestling someone inside the octagon. So, I get what Henry [Cejudo] is saying and I think in time that maybe true. Today, I still think Bo Nickal needs a little bit of work.”

The universe simply refuses to give “The Leech” public stage to look fly.

How does everyone think Aspen Ladd will do in PFL? She certainly has to be favored against most of the roster.

Aljamain Sterling looks to be in incredible shape ahead of his title defense opposite TJ Dillashaw. “Funkmaster’s” size and strength at 135-pounds is no joke!

Conor McGregor did sock this seemingly hapless sparring partner in an interesting manner.

Alistair Overeem has awesome highlights in at least three decades, but his 2010 run was special.

He hopes to recapture some of that magic when he returns to the Kickboxing ring for the first time in 12 years and takes on Badr Hari, this Saturday.#COLLISION4 | Oct. 8 pic.twitter.com/f758HPLNPp

Midnight Music: Freddie Gibbs — for my money, the best rapper of the last ten years — dropped another LP, Soul Sold Separately. As expected, it slaps!