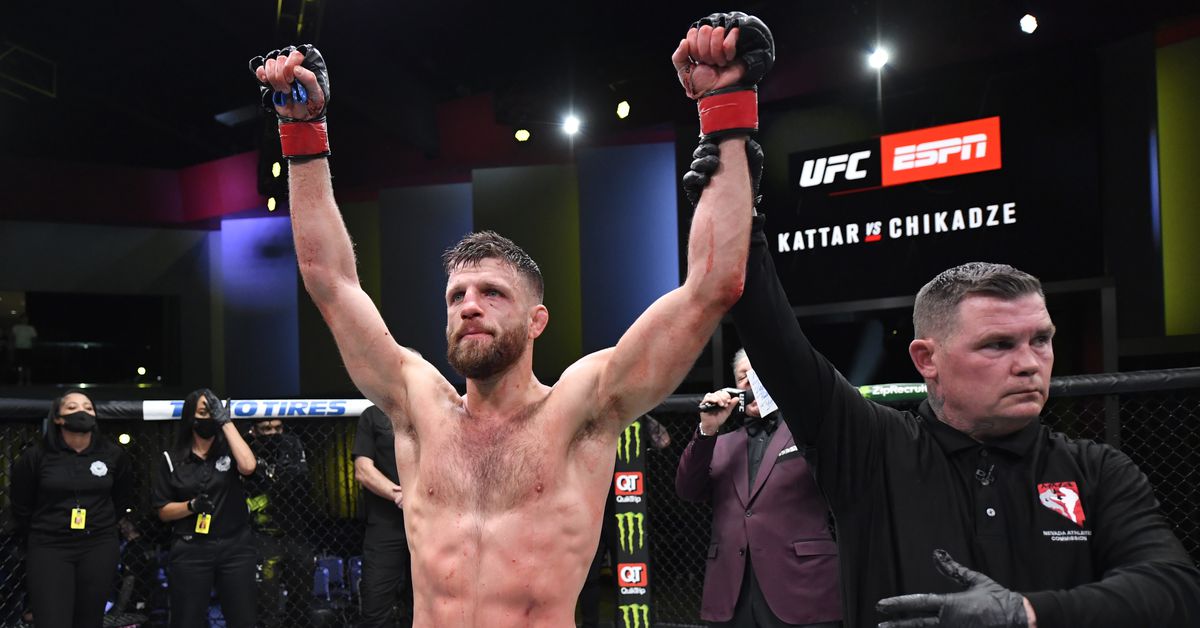 A pivotal featherweight matchup between Calvin Kattar and Arnold Allen will cap off the UFC’s October slate of events.

UFC Vegas 63 will take place Oct. 29 at the UFC APEX, and will be headlined by Kattar and Arnold Allen in a five-round showdown. On Friday, UFC broadcast partner BT Sport released the official poster for the event promoting the exciting headliner.

Check out the poster below.

The official poster for Calvin Kattar Arnold Allen has dropped

Can’t wait for this one pic.twitter.com/5Yyqt5cSOo

After a year layoff following a lopsided decision loss to Max Holloway, Kattar kicked off 2022 with a dominant unanimous decision win over Giga Chikadze in the main event of UFC Vegas 46 in January. The No. 8 ranked fighter in MMA Fighting’s Global Rankings returned to the octagon in June and dropped a debated split decision to Josh Emmett in the headliner of UFC Austin.

Allen has won 11 straight, including a 9-0 start to his UFC career. In his most recent outing, the No. 9 ranked fighter in MMA Fighting’s Global Rankings stopped Dan Hooker in the first round at March’s UFC London event.