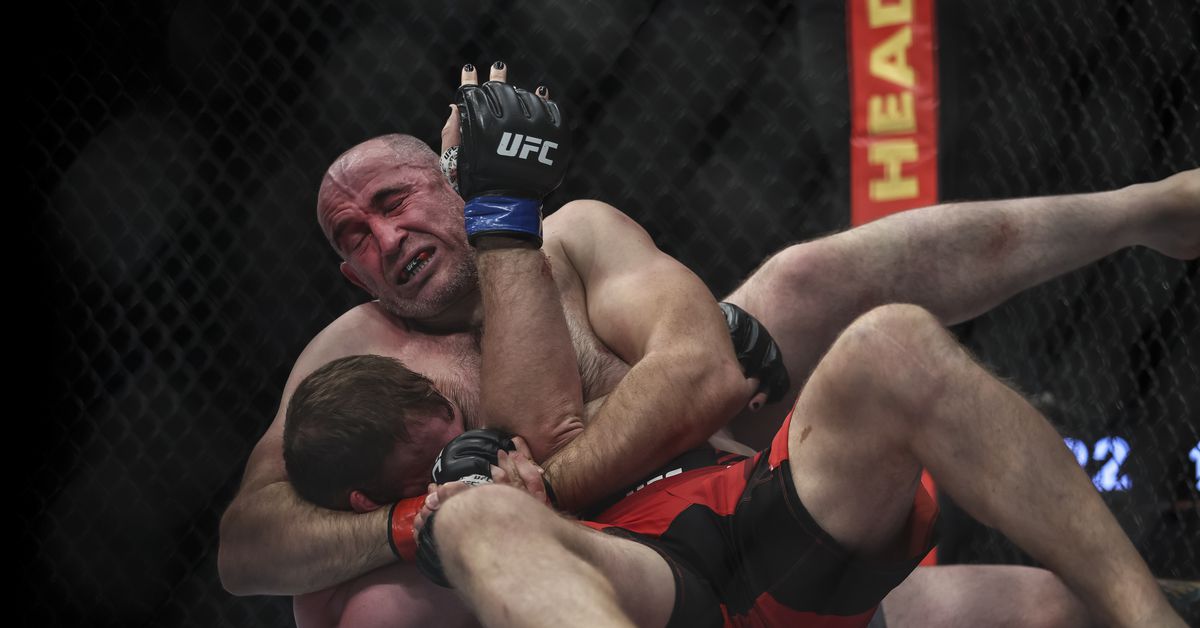 Aleksei Oleinik has been removed from the UFC roster after completing his most recent contract with the promotion.

With his contract completed, Oleinik is no longer part of the UFC roster, although the promotion could obviously re-sign him to a new deal at any time in the future.

Oleinik, 45, most recently competed at UFC Vegas 61 where he lost a unanimous decision to Ilir Latifi in a heavyweight fight on the preliminary card. That loss dropped Oleinik to 1-4 in his last five fights with his lone win coming from a rare scarf hold choke to finish Jared Vanderaa.

While he was never a serious threat in title contention at heavyweight, Oleinik always managed to put on entertaining fights while pulling off some of the most ridiculous submissions in the division.

Oleinik remains the only fighter in UFC history to use the Ezekiel choke submission to finish a fight and he actually pulled off the move on two different occasions.

Among his victories in the UFC, Oleinik earned a decision win over former heavyweight champion Fabricio Werdum while finishing veteran heavyweights such as Mark Hunt and Travis Browne by submission. In fact, Oleinik currently holds the record for the second most submission victories in UFC heavyweight history.

For now, however, it appears Oleinik’s UFC run has come to an end unless the promotion opts to bring him back on a new contract.