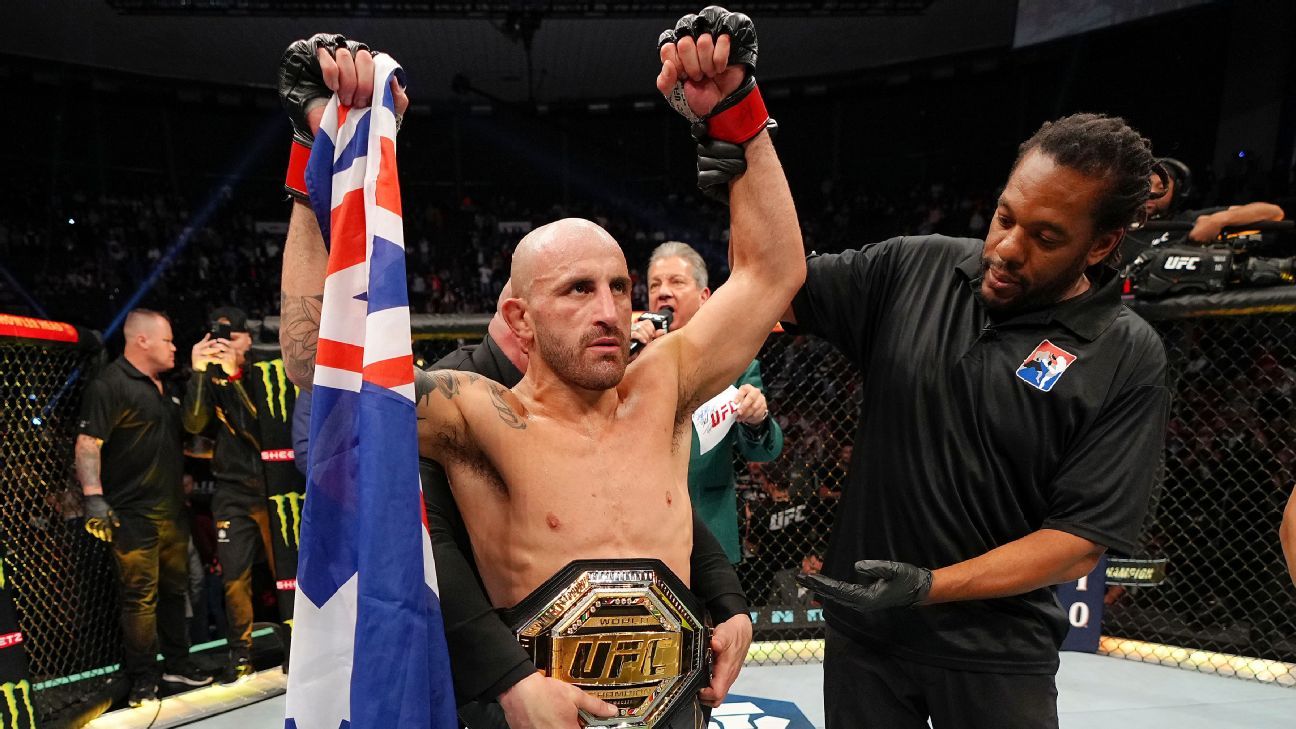 UFC featherweight champion Alexander Volkanovski will serve as the backup to a vacant lightweight title fight at UFC 280 on Oct. 22, Volkanovski announced Monday.

The 155-pound title fight features former champion Charles Oliveira (33-8) against Islam Makhachev (22-1). Volkanovski (25-1) will weigh-in at 155 pounds in Abu Dhabi, in the event anything happens to either individual.

Fighting out of Australia, Volkanovski is coming off thumb surgery in July. He resumed full contact training several weeks ago. He has long expressed his desire to move up in weight and vie for a second championship. ESPN ranks Volkanovski the No. 1 pound-for-pound fighter in the world.

The UFC has made a habit of booking back-up fighters to its pay-per-view headliners. The promotion had another option in lightweight Beneil Dariush, who is scheduled to face Mateusz Gamrot at UFC 280, but Volkanovski badly wanted the opportunity and said he planned on being in Abu Dhabi either way.

Oliveira has a history of missing weight, but most of that history took place when he was a 145-pound featherweight. Weight hadn’t been an issue for the Brazilian for years, until he was forced to surrender his title after missing weight for a title defense against Justin Gaethje in May. Oliveira went on to beat Gaethje but still lost his belt.

In addition to the lightweight title fight, UFC 280 features a bantamweight championship bout between Aljamain Sterling and TJ Dillashaw.