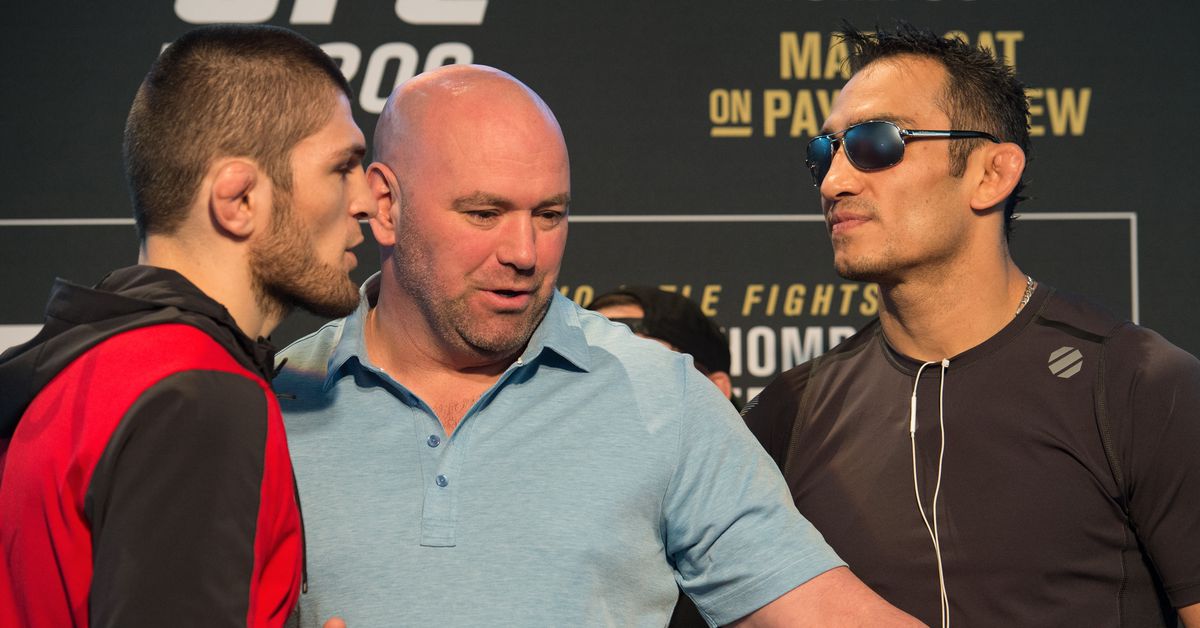 Tony Ferguson is trying to salvage what’s left of his UFC career with a recent move to welterweight, but former rival Khabib Nurmagomedov believes the clock has already run out on “El Cucuy.”

Ferguson, who lost his last four fights in the lightweight division, moved up to welterweight at UFC 279 this past September. “El Cucuy” ended up fighting Nate Diaz in the main event and lost by a fourth-round submission. The defeat extended Ferguson’s current losing streak to five, which is by far a career worse.

Nurmagomedov, who is a former UFC lightweight champion and current UFC Hall of Famer, is not Ferguson’s biggest fan. The two were scheduled to fight each other five times, but it never materialized for one reason or another. So when asked about Ferguson’s current misfortunes inside of the Octagon Khabib wasted little time putting “El Cucuy” out to pasture.

“His time is up, and there’s no way to get it back,” Nurmagomedov told UFC Russia. “Not Khabib, not Tony, nobody. We had our time, and it passed. He continues to fight. He needs money. You have to pay your bills in the U.S., and I’m sure that since he’s a Californian, I know all the Californian fighters – everything he earned, take half of that. I think he keeps fighting for money to pay bills, taxes. He has a family, I think he has two kids. I don’t blame him, but you can’t get back time. When your time goes away it doesn’t ask your name.”

How is Charles Oliveira going to lose now at UFC 280?

Are Sean O’Malley’s workouts getting better than Tony Ferguson’s?

Is Nick Maximov doing too much talking at this point?

One of the best posters of the year?

Things almost got out of hand during the face-off show for Mikaela Mayer vs. Alycia Baumgardner.

Or will an insanely-ripped Aljamain Sterling retain his title?

Pretty sure this is the best Joe Rogan tattoo of all time.

I don’t know if this is new or old, but it had to be shared.

Such a great compilation ahead of Deontay Wilder’s return to the boxing ring this weekend.

As someone who has a seven-year old daughter and another baby girl on the way I think this is a must. Thoughts?

Why does this exist? Do we really need semi-trucks that go this fast?