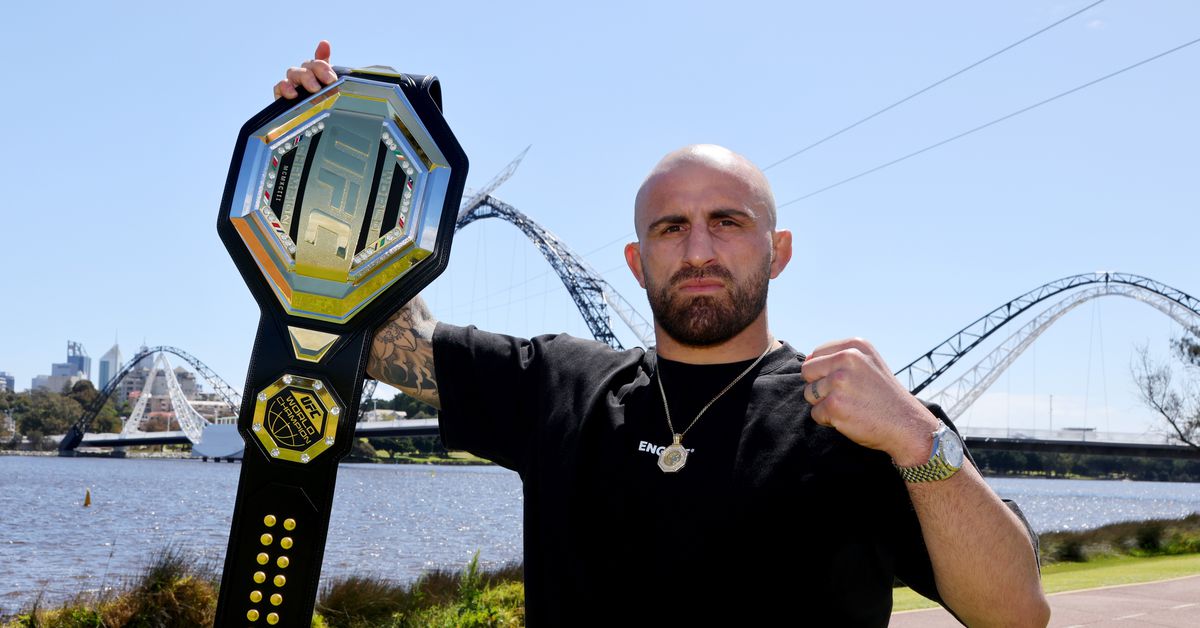 The reigning Featherweight kingpin announced Monday (Oct. 10, 2022) that he’s officially set to act as the “in case of emergency” fighter for the vacant Lightweight title tilt next weekend (Sat., Oct. 22, 2022). This came as a surprise to one of the top divisional contenders, Beneil Dariush, who is already set to compete that same night opposite Mateusz Gamrot.

Despite Dariush being informed that he was set to be the backup to Charles Oliveira versus Islam Makhachev, Volkanovski is making it clear that there’s no confusion.

“If he’s watching, I’m not playing any games,” Volkanovski told The MMA Hour. “Maybe they did tell you you could be very early, whether this was a couple of months ago, whether his manager had that conversation saying that you will be, and he just assumed he was and hasn’t looked into it since, I don’t know. But my corners are being flown up. I’m getting paid for this, all that type of stuff. It’s locked in. I’m not playing any games.

“A lot of people didn’t think it was going to be doable, including the UFC doctor. But I was like, ‘No, we’ll make it happen.’”

Volkanovski’s biggest concern ahead of this opportunity was getting cleared to possibly step in at all. After his last victory in July 2022 against Max Holloway (watch highlights), “The Great” underwent hand surgery to repair a break.

With the backup role confirmed, Volkanovski feels it also means he’ll be next for the winner of Oliveira versus Makhachev. The Australian has been vocal about his intentions of trying to become a dual-division titlist for most of 2022. With the promotion returning to his home country in Feb. 2023, things could end up lining up perfectly for the 145-pound champ one way or another.

“I don’t think many people in my position would do what I’m doing,” Volkanovski said. “I didn’t want to just walk up and have everybody go, ‘What’s going on?’ I wanted them to know that, anything happens, I’m going to be there to save the day, or I’m going anyway. Either I’m going to have to step in, or I get to watch some good fights at UFC 280.

Remember that MMAmania.com will deliver LIVE round-by-round, blow-by-blow coverage of the entire UFC Vegas 62 fight card right here, starting with the ESPN/ESPN+ “Prelims” matches, which are scheduled to begin at 4 p.m. ET, then the remaining main card balance (on ESPN+) at 7 p.m. ET.

To check out the latest and greatest UFC Vegas 62: “Grasso vs. Araujo” news and notes be sure to hit up our comprehensive event archive right here.