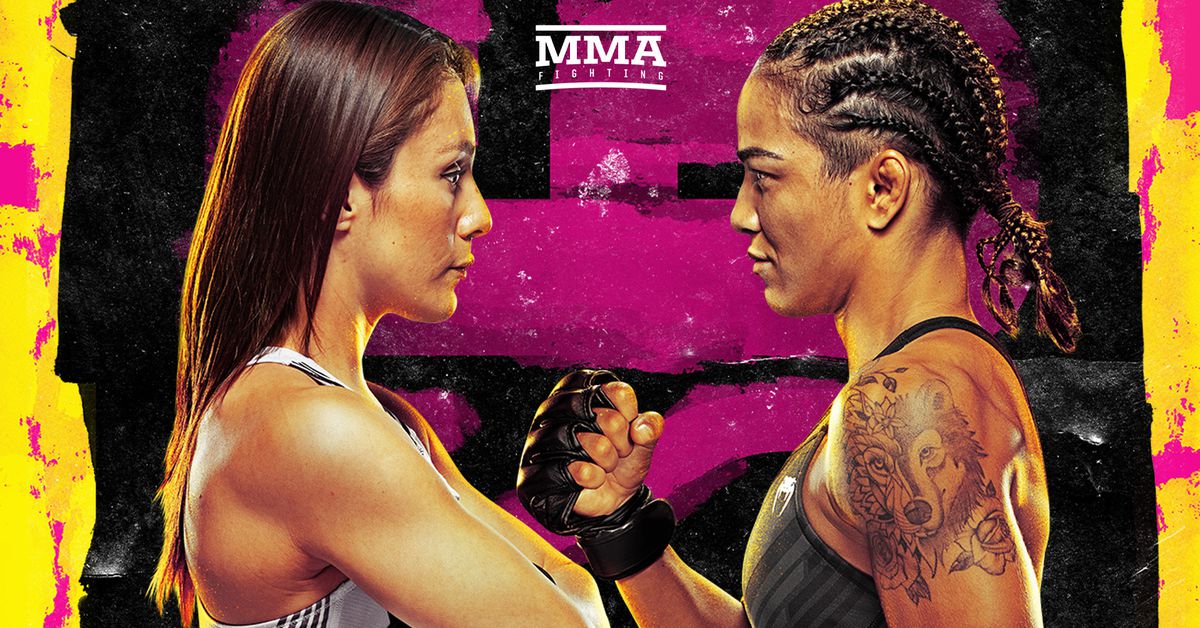 Alexa Grasso can put the pressure on Manon Fiorot and Katlyn Chookagian in the main event of Saturday’s UFC Vegas 62 event.

MMA Fighting’s Mike Heck, Jed Meshew, and E. Casey Leydon discuss the stakes in Grasso’s main event bout with Viviane Araujo at the UFC APEX — which takes place a week prior to the UFC 280 bout between Fiorot and Chookagian — and if Araujo could get herself in serious title contention with an upset win. Additionally, topics include Cub Swanson’s UFC bantamweight debut against Jonathan Martinez, the loss of Askar Askarov and Brandon Royval’s impact on the card as a whole after Askarov had issues with his weight, what fight could be flying under the radar, and more.

Catch the UFC Vegas 62 preview show above. An audio-only version of the show can be found below and on Apple Podcasts, Google Podcasts, Spotify, and Stitcher.