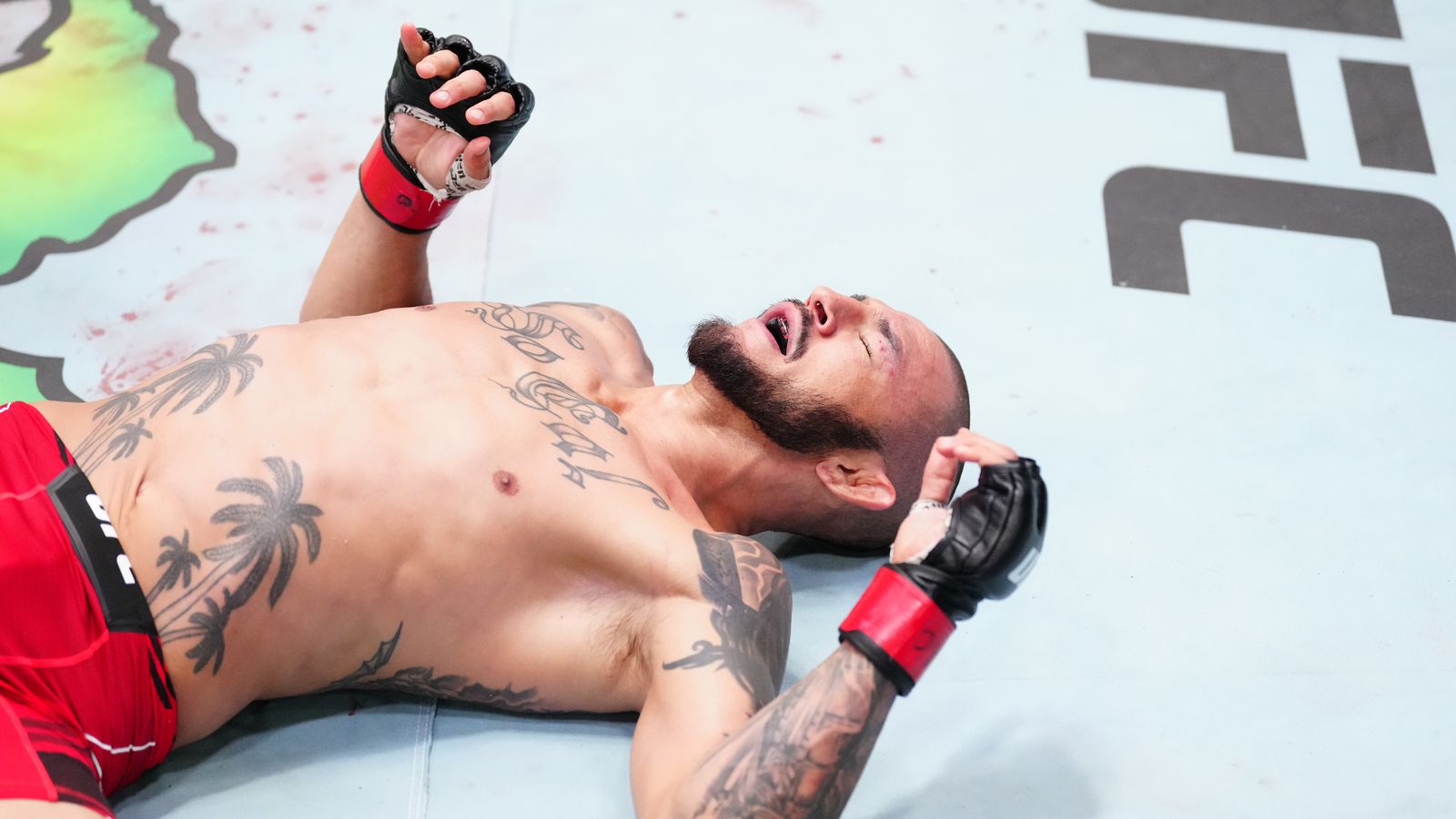 Jonathan Martinez spoiled the bantamweight debut of Cub Swanson earlier tonight (Sat., Oct. 15, 2022) at UFC Vegas 62 live on ESPN+ from inside UFC Apex in Las Vegas, Nevada, when “Dragon” earned the always rare leg kick TKO towards the end of the second round.

Swanson was moving down from featherweight for the first time in his career and looked a little rusty in the early going. The veteran did keep Martinez honest with some level changes and strong boxing, but nothing that was meant to slow Martinez down. Martinez took full advantage in the second frame when he unloaded vicious kicks to the legs, body, and head. Swanson almost pulled off a comeback finish with some desperate power punches, but Martinez piled on the offense and ended Swanson with one final kick to the leg.

Check out the final moments above courtesy of UFC/ESPN.

Martinez, 28, has now won four straight over the past 12 months. This is by far the most impressive win of his career, but Martinez will have to show more wrinkles to his game if he wants to push towards the bantamweight top 15.