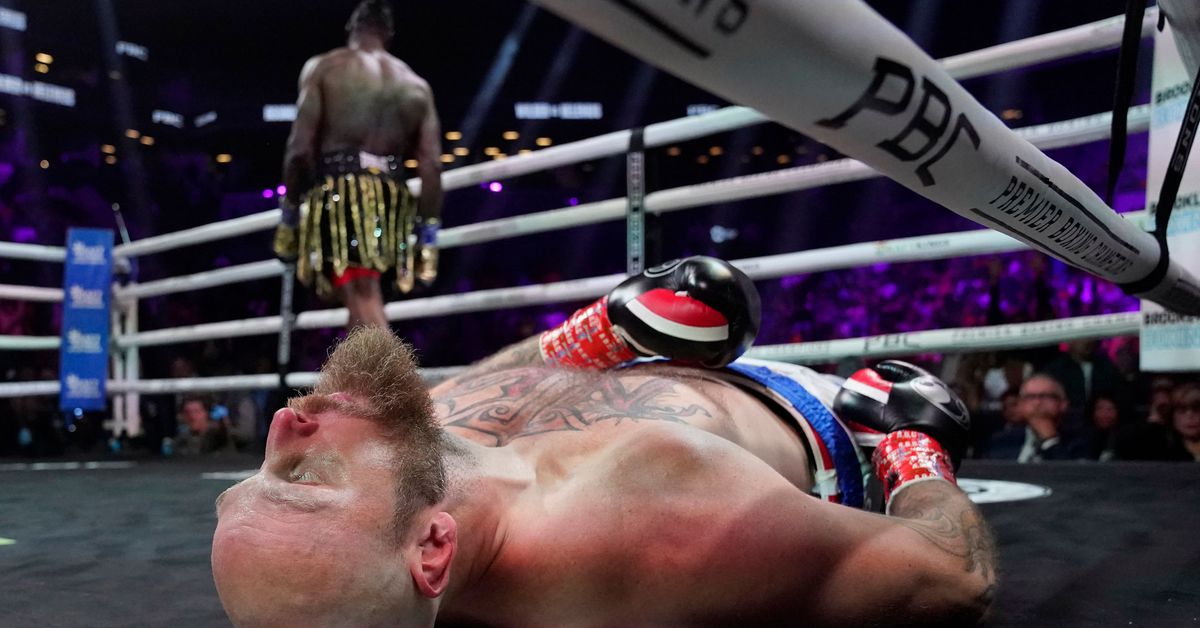 Deontay Wilder didn’t need long to get back in the win column.

Wilder made quick work of Robert Helenius on Saturday night at the Barclays Center in Brooklyn, knocking out the Finnish boxer in the very first round with a brutal right hand.

Wilder took his time to start the bout, moving around on the outside while Helenius stalked him around the ring. Stalking Wilder ended up being a terrible idea, though.

With the round nearly at an end, Helenius got Wilder backed into the corner and tried to seize the moment, but Wilder fired a short right hand that caught Helenius clean and put him out cold, where he stayed for several minutes before finally leaving the ring under his own power.

The win moved Wilder to 43-2-1 in his career and was his first win in almost three years, as “The Bronze Bomber” lost a pair of bouts to Tyson Fury in 2020 and 2021. After the fight, Wilder called for everyone to show each other more love, before ultimately suggesting a fight with Oleksandr Usyk or Andy Ruiz would be good for his next opponents.

Check out Wilder’s latest knockout above, and the alternate angle below.

BKFC 35 results and free live video stream (8 p.m. ET)
Volkanovski on Islam fight: ‘People have forgotten what I have accomplished’
Kyler Phillips vs. Raphael Assuncao headed to UFC Fight Night 221 in March
Pic! McGregor Shows Off Road Rash After Being Hit By Car
Ismael Bonfim happy to fight on same UFC shows as brother if the wins keep coming