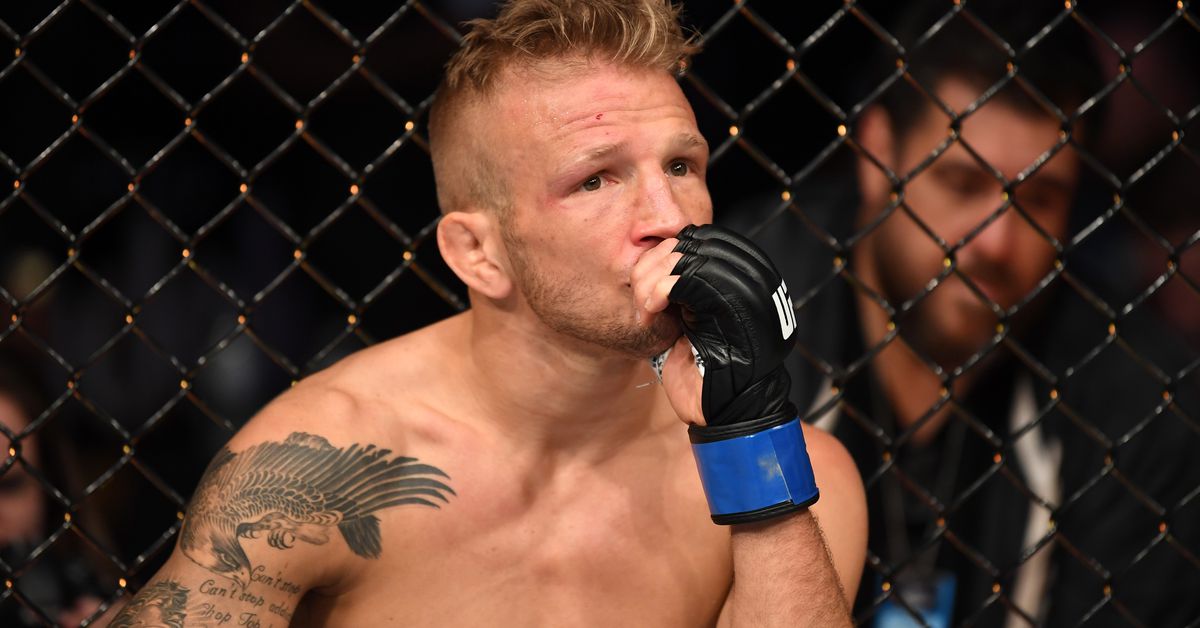 T.J. Dillashaw has to make up for some lost time after losing two years of his career to a suspension from performance-enhancing drug (PED) use.

Dillashaw came clean about his usage, as EPO is a nearly impossible PED to deny taking due to its potency. Now, he’s back after a successful July 2021 split decision return against Cory Sandhagen (watch highlights), challenging for the title against the current champion, Aljamain Sterling, this weekend (Sat., Oct. 22, 2022) at UFC 280 in Abu Dhabi, United Arab Emirates.

Ahead of the big title fight, UFC President, Dana White, had nothing but good things to say about “The Viper” despite the checkered history of Dillashaw.

“First of all, the guy is probably, and I don’t know this for a fact, but I would assume he’s one of the most tested guys in the company right now,” White told My Mom’s Basement (h/t MMA Junkie). “USADA is probably all over him. But I think he made a mistake, and he handled it like a man. I’ll tell you what: We’ve had a lot of guys in the history of this company who have been busted for steroids and handled it the exact opposite way. They handled it not like men. Dillashaw did. He took it on the chin. You’ve got to respect him for that.”

Should Dillashaw get the job done, he’ll become only the second fighter in UFC history to hold a title on three separate occasions alongside Randy Couture.

Remember that MMAmania.com will deliver LIVE round-by-round, blow-by-blow coverage of the entire UFC 280 fight card right here, starting with the early ESPNEWS/ESPN+ “Prelims” matches online, which are scheduled to begin at 10 a.m. ET, then the remaining undercard (also on ESPNEWS/ESPN+) at 12 p.m. ET, before the PPV main card start time at 2 p.m. ET on ESPN+ PPV.

To check out the latest and greatest UFC 280: “Oliveira vs. Makhachev” news and notes be sure to hit up our comprehensive event archive right here.