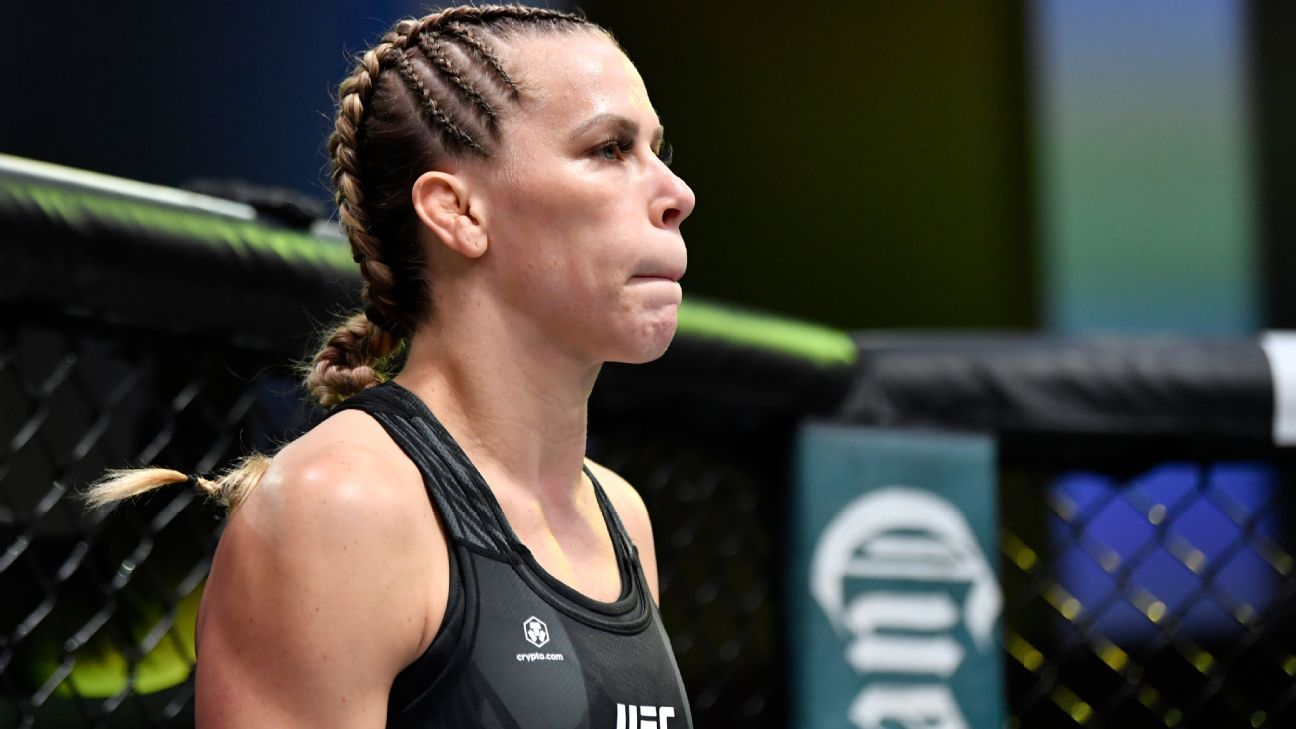 A dominant champion lords over the fight game like a king. There’s respect piled on from all directions, sometimes admiringly, sometimes grudgingly. The champ’s every trip inside the Octagon draws the rapt anticipation of how greatness will manifest itself once again. The fans, even those generally hard to please, stand back in awe.

Then there is the appeal of the rising challenger, whom everybody loves to get behind. We all relish the possibility of witnessing disruption of the pecking order. It doesn’t even matter if the underdog story turns out to be more flash than fire. We still savor the scenery on the journey up the mountain.

But what about the fighter who ascends to within reaching distance of the top of a weight class … and stays put seemingly forever? Often underappreciated is the perennial No. 2, or in the case of MMA, the No. 1 contender, the athlete who over an extended period demonstrates superiority to everyone in the division other than the champ. There have always been one or two of these sprinkled throughout the sport.

Charles Oliveira takes on Islam Makhachev for the vacant lightweight title in the main event of UFC 280 in Abu Dhabi.

Joseph Benavidez fits the bill better than anyone in the sport’s history. For the entirety of Demetrious Johnson‘s six-year reign with the UFC men’s flyweight belt, Benavidez was the clear No. 2. He lost twice to “Mighty Mouse” — including a slim split decision in the UFC’s first 125-pound title bout — but those were the only losses during Benavidez’s 15-fight run of success from 2010 through 2018. That has to make him the GOAT of second bests — which sounds dismissive until you register that there’s no dishonor in proving yourself, again and again, to be better than everyone in the world except one of the greatest mixed martial artists of all time.

“People say I lost twice,” Benavidez told reporters following his 2016 win over future two-division champ Henry Cejudo, as he made a case for a third shot at Johnson. “But me and Demetrious could fight a million times, and it’s gonna be a million awesome competitions between two world-class fighters.”

Benavidez never got that trilogy fight with “Mighty Mouse,” but after retiring from the sport a year ago, he did get his due respect. “Even though he never became a champion, still an amazing career,” Johnson told MMA Junkie Radio shortly after Benavidez’s announcement. “People are going to look back at his fights and see how good he was … I mean — legend.”

In today’s UFC, there may be no better example of a perennial No. 2 than a women’s flyweight who competes this coming weekend. Katlyn Chookagian has sat right behind champion Valentina Shevchenko in the UFC rankings for the better part of three years. She first took over that spot in September 2019, and although she briefly slipped down the pecking order in the wake of her unsuccessful challenge of Shevchenko the following February, she soon regained her status as No. 2 at 125 pounds and has remained there. According to the UFC, Chookagian has spent 54 weeks as the top contender behind the champ.

But the 33-year-old is not impressed by herself — not yet, anyway.

“It’s an interesting position to be in,” Chookagian (18-4), who faces fellow top-10 flyweight Manon Fiorot (9-1) on Saturday at UFC 280, told ESPN. “Some people are like, ‘Wow, that’s such an accomplishment. You’ve been at the top for so long.’ But me, the way I am, I’m like, ‘If you’re not in first place, you’re in last place.’ I never wanted to be in the UFC just to be here. I’ve always wanted to be the champ. So there’s more to do. I have to keep working.”

Continually working at her craft as a mixed martial artist is in Chookagian’s nature, according to her coach. Mark Henry describes her as “one of the hardest workers I know” — and this is from a guy who also trains Frankie Edgar, one of the sport’s most renowned lunch-pail workers.

For Chookagian, being spoken of in the same conversation as Edgar is the highest of praise. “He’s been my motivation since I started,” she said. “Even before I had an amateur MMA fight, I would see him in the gym, working and working to get better, even though he was already a champion. Definitely a good influence to have.”

Edgar, for his part, appreciates the nod but deflects it back toward his teammate. “She says she looks to me as inspiration, but for the past 10 years we’ve been in the same gym together and all I’ve seen is her working hard every day,” he said. “I think that consistency is what has kept Katlyn at the top of her game for so long.”

Edgar knows a thing or two about maintaining one’s staying power as a contender. After his run as UFC lightweight champion ended in 2012, he went on to extended residencies just below the top rung of the featherweight and bantamweight ladders. And as Henry sees it, there’s a continuity connecting what Edgar has been doing seemingly forever — he’s been in the UFC since 2007 and will end his career next month at UFC 281 at Madison Square Garden — and what Chookagian is doing now.

“While Frankie was fighting in three divisions and continuing to be a top contender for years, Katlyn was right there in the gym, watching how he handled it,” Henry said. “So when her turn came, she was able to handle it, too.”

A Chookagian victory Saturday would be her fifth in a row, all against top-10 opponents. It would seem to put Chookagian in position for another go at Shevchenko, but there are no guarantees, especially for someone who could fly under the radar on this weekend’s stacked card. UFC 280 features two title bouts, four champs or ex-champs and a full dozen fighters who are in the ESPN divisional rankings. Chookagian-Fiorot is just one of five bouts matching up a pair of top-10 fighters. These two women, who typically let their fighting do the talking, could go largely unnoticed.

“I really, really wish I was good at talking crap, because I think that would help advance my career,” Chookagian said whimsically. “But it’s not who I am. So because I’m not good at that stuff, I have to be good at something else. Winning — that’s what I’m good at.”

But even winning doesn’t necessarily flip the switch on a fighter’s star power. Chookagian’s nine UFC wins at flyweight tie her with Shevchenko for the most ever in the division. The champ has recorded finishes in more than half of her 125-pound wins, though, while all nine Chookagian victories have gone the distance. Add in her two scorecard victories in bantamweight bouts, and Chookagian has more decision wins than any woman in UFC history. That is not exactly a coveted record.

“Yeah, decisions aren’t what the UFC is looking for,” Henry acknowledged. “The fans want to see people get knocked out. But just winning, in itself, is hard enough when you’re facing the kind of competition Katlyn has. She fights nothing but top-10 opponents and has been one of the most dominant fighters in the sport.”

That is no hyperbole in the eyes of her teammate. “Katlyn is literally the best woman fighter not named Valentina,” Edgar said. “She has proved it over and over again.”

If she proves it once more on Saturday, Chookagian might earn herself another opportunity to erase the “not named Valentina” part of that accolade.