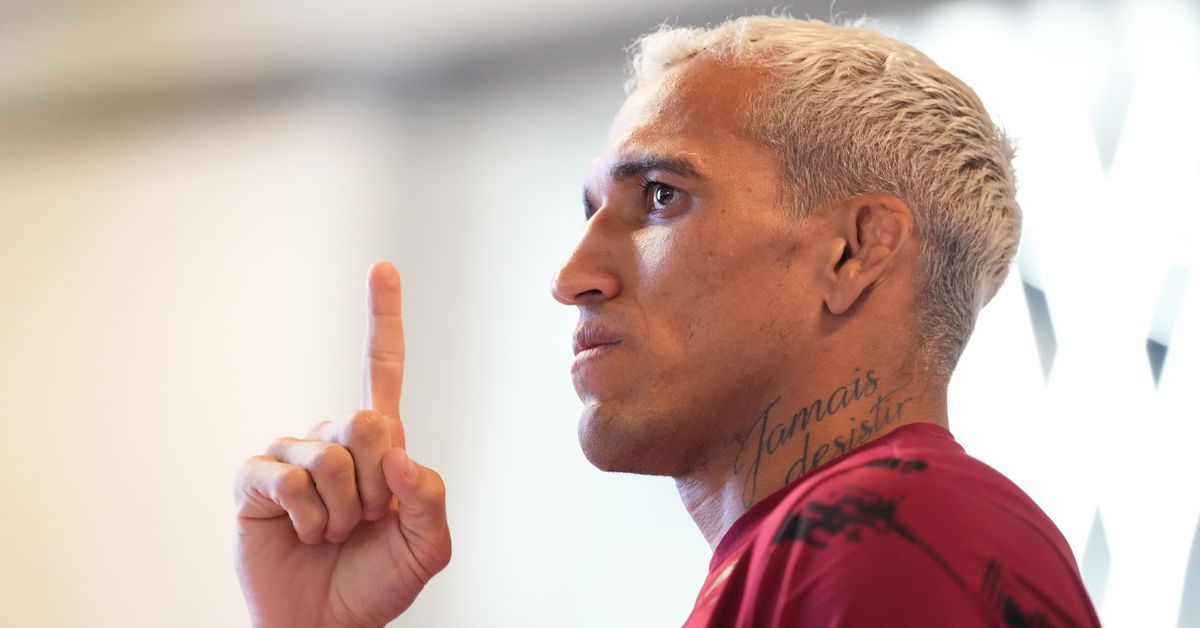 Alexander Volkanovski is the backup fighter for Charles Oliveira vs. Islam Makhachev and is expected to get a shot at whoever comes out with the lightweight gold at UFC 280.

Oliveira, who held the belt until losing it on the scale in May, is open to that idea — but with a catch.

Volkanovski, the current UFC featherweight champion and MMA Fighting’s No. 1 pound-for-pound fighter in the world, is hoping to be on the UFC 284 card in Perth, Australia, on Feb. 11. Oliveira, however, is planning to regain his lightweight throne on Saturday in Abu Dhabi at UFC 280, then defend it next with a homecoming on Jan. 21 in Rio de Janeiro, Brazil.

Oliveira said during UFC 280 media day that “it all depends on how this fight [with Makhachev] will go, so we see what we’ll do, but my timing is to fight here and fight in Brazil.”

Oliveira then asked reporters on site for the date of the UFC’s trip to Perth and was informed that it’s actually in February.

“I can fight there in February, too,” Oliveira said, “but for his belt.”

Oliveira competed for years in the UFC featherweight division, defeating the likes of Jeremy Stephens, Darren Elkins and Nik Lentz, but ultimately dealt with multiple and repeated weight issues that forced him to move full-time to lightweight.

The Brazilian has had some ups and downs early on at 155 pounds, but is now on an 11-fight winning streak over a long list of stars such as Dustin Poirier, Justin Gaethje, Michael Chandler, Tony Ferguson, and Kevin Lee.

“Do Bronx” hasn’t made weight for a featherweight bout since his loss to Anthony Pettis back in 2016, but remains confidence that he would face no hurdles now.