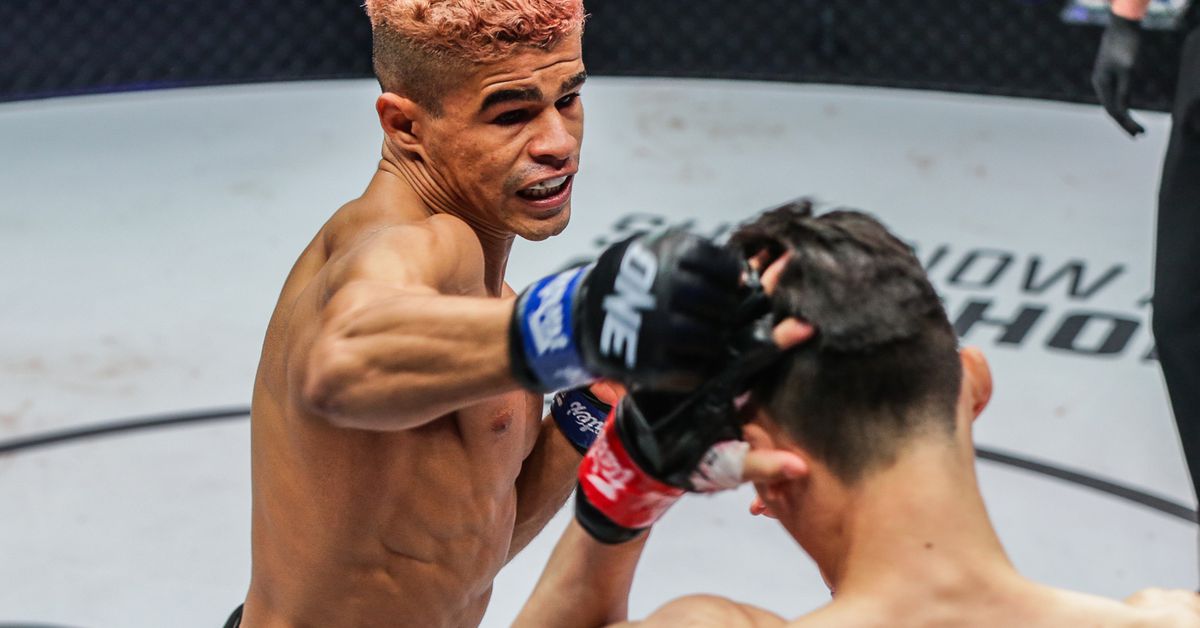 Fabricio Andrade will fight for the ONE Championship bantamweight title Friday even though John Lineker missed weight and was stripped of the belt, and he has a bold prediction for the contest in Malaysia.

Speaking on this week’s episode of MMA Fighting podcast Trocação Franca, Andrade doubled down on his claim that Lineker has been avoiding him for years. Andrade doesn’t believe the UFC veteran is scared, but aware that this is a bad match-up style-wise “because he’s very predictable.”

“We know what he does, throws his hands and tries to knock out,” Andrade said, “and when you look at my style, I’m a very unpredictable guy. No one knows what I’m going to do. I can knock [someone] out at any moment with a punch, knee, elbow. I do everything. I have good control of the distance and huge reach, so it’s a horrible fight for him.”

Lineker said on Trocação Franca he “made sure to annul his strong points [in camp] and use my boxing the best and smartest way,” predicting he will win by third-round knockout.

“I’m way smarter than him on the striking,” Andrade said. “I’ll be able to turn his biggest weapon against him. Since he comes forward a lot, I can use that timing to knock him out with a knee or an elbow. He has no chance if he stays on the outside because he’s very short. He has to come in to hit me, and when he does, my timing is great. There’s no way out for him. He’ll either stay on the outside and get beat up there, or come in and eat knees and elbows.”

Facing Lineker is a longtime goal for Andrade, who has campaigned for this match-up on social media even before “Hands of Stone” knocked out Bibiano Fernandes to claim the bantamweight championship in March. The belt is now vacant, and Andrade is the only one that can win it Friday.

“It’s been a while since I asked to fight Lineker because I knew he was the toughest guy in this division since he made the move from the UFC,” Andrade said. “I had already envisioned this fight, I wanted it so bad, so I’m feeling normal today because I knew it would happen eventually. He’ll continue to be the toughest guy in the division at ONE, outside of myself, when I beat him.