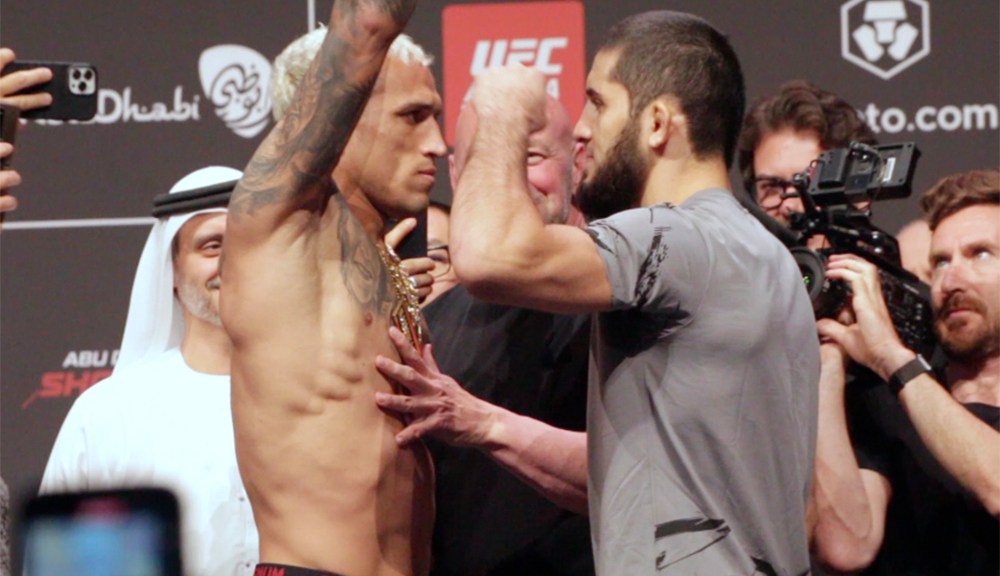 ABU DHABI – The stage is set for one of the most anticipated title fights of the year after Charles Oliveira and Islam Makhachev engaged in a final faceoff for the UFC 280 main event.

After Oliveira (33-8 MMA, 21-8 UFC) and Makhachev (22-1 MMA, 11-1 UFC) successfully made weight Friday, the pair attended ceremonial weigh-ins, where they had one final staredown for their vacant lightweight title fight.

Both men were intense, but kept things professional as they get ready to determine a new champion at 155 pounds in the headlining act at Etihad Arena on Yas Island. The pay-per-view main card follows prelims on ESPNews and ESPN+.

Check out the video of the Oliveira vs. Makhachev staredown at UFC 280 ceremonial weigh-ins.

Oliveira, No. 6 in the latest USA TODAY Sports/MMA Junkie pound-for-pound and No. 1 at lightweight, brings an 11-fight winning streak into the octagon at UFC 280. The Brazilian lost the belt on the scale when he was 0.5 pounds over the limit in his most recent fight vs. Justin Gaethje at UFC 274 in May.

He’ll attempt to regain the gold against No. 3-ranked lightweight Makhachev, who is coached by former 155-pound champ Khabib Nurmagomedov and carries a 10-fight winning streak into his first UFC title opportunity.

UFC 280 breakdown: Charles Oliveira vs. Islam Makhachev will end by submission – but for whom? 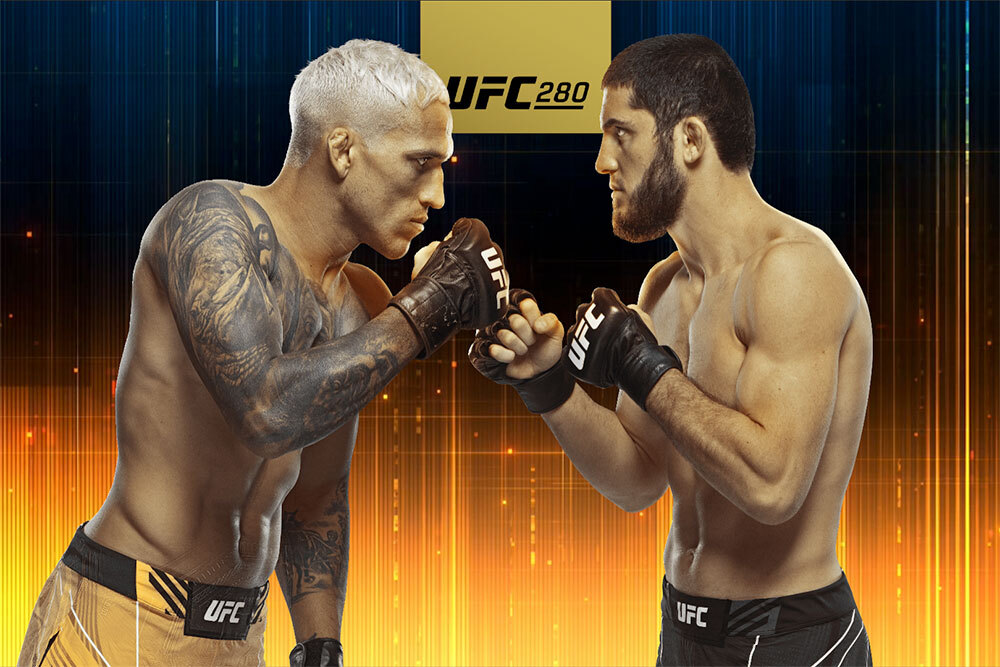