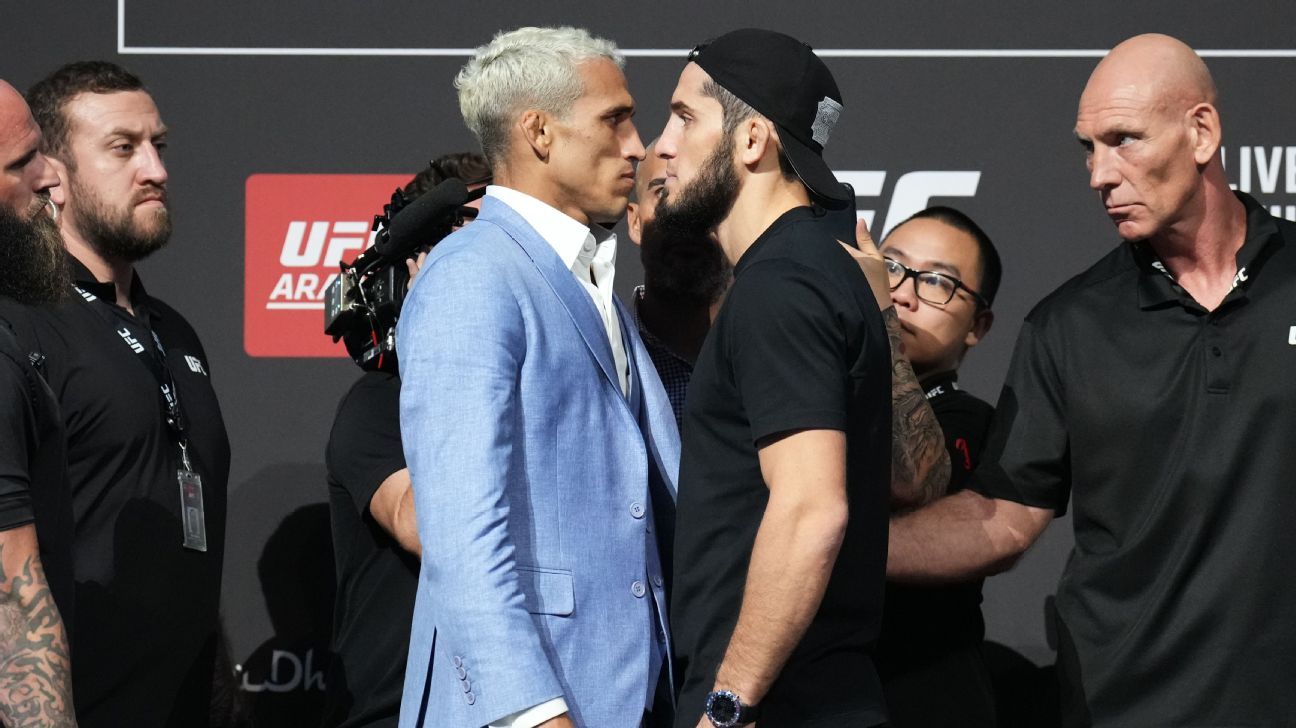 ABU DHABI, United Arab Emirates — Charles Oliveira still considers himself the UFC’s lightweight champion, but will look to make it official on Saturday.

Both Oliveira (33-8) and Islam Makhachev (22-1) successfully made weight on Friday for their lightweight championship bout at UFC 280 at Etihad Arena. Both of them actually came in one half-pound under at 154.5 pounds.

Oliveira, 33, did a quick sprint to the scale at the official weigh-ins. He won this title in 2021 with a victory over Michael Chandler, but officially lost the belt in May when he missed weight for a title defense against Justin Gaethje. Oliveira went on to win that fight against Gaethje by first-round submission, but was not eligible to win the title because of the weight miss.

Despite that, both he and most of the sport still view him as the champion. He is facing Makhachev in hostile territory this weekend, as Makhachev, a longtime teammate of Khabib Nurmagomedov, is very popular in United Arab Emirates.

The only fighter to miss weight was veteran flyweight Katlyn Chookagian (18-4), who missed the mark by 1.5 pounds.