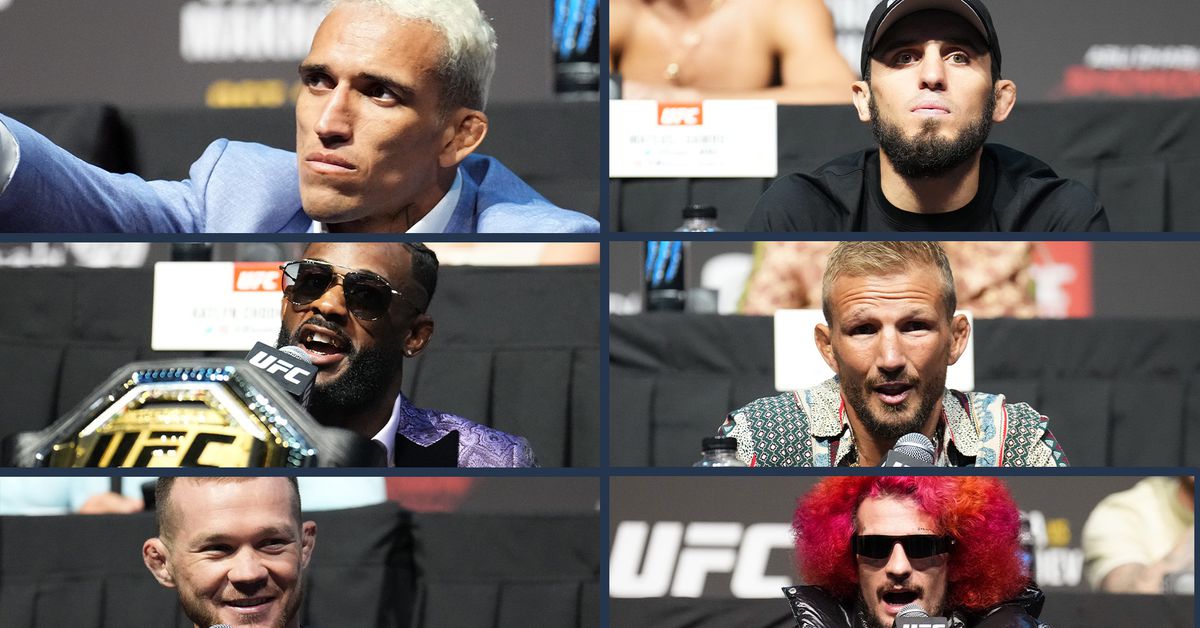 Islam Makhachev is the new UFC lightweight champion after a dominant second-round submission win over former champion Charles Oliveira in the main event of UFC 280, which extended his win streak to 11. Following the victory, Makhachev faced off with featherweight champ Alexander Volkanovski for a potential superfight — but is that ultimately the direction he’ll go?

On an all-new edition of On To the Next One, MMA Fighting’s Mike Heck and Alexander K. Lee discuss who Makhachev will defend his title against for the first time, and where Oliveira goes after having his incredible unbeaten streak snapped. Additionally, future matchups are discussed for bantamweight champ Aljamain Sterling, who picked up a second-round finish in the co-main event, former champ T.J. Dillashaw, Sean O’Malley and Petr Yan after a controversial split decision win for “Sugar,” along with other notable winners Beneil Dariush, Manon Fiorot, Belal Muhammad, and more.

If you missed the live stream, you can still watch the video above, or an audio-only version of the show can be found below, on Apple Podcasts, Google Podcasts, Spotify, Stitcher, and wherever you find your favorite podcasts.

Jorge Masvidal Reacts To Teammate Kayla Harrison’s Shocking Loss
Conor McGregor hints at UFC drug-testing exemption, but USADA says don’t count on it
Pacheco hands Harrison first loss in PFL stunner
Anthony Smith responds to Conor McGregor’s tirade: ‘He made my whole point by having this freakout’
Stephen Thompson To Have ‘Wonderboy’ Singer Walk Him Out At UFC Orlando