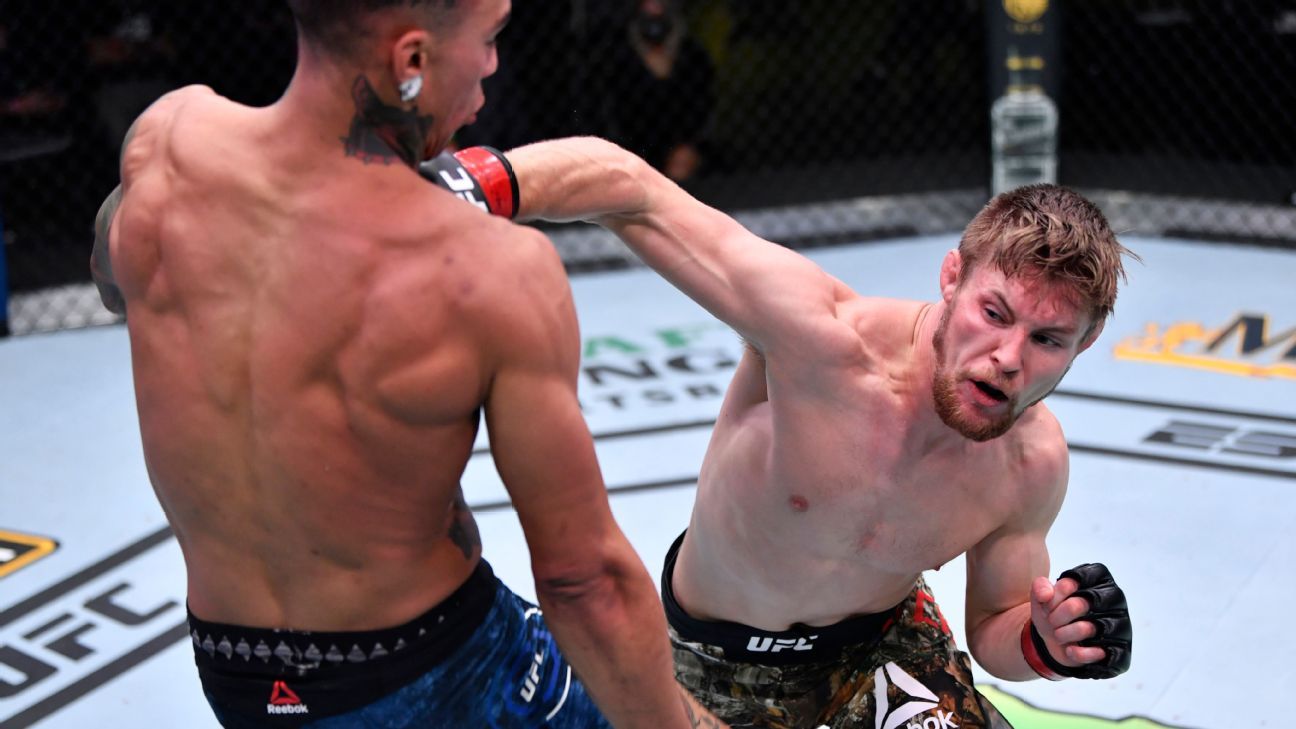 Two of the best young featherweight fighters in the world will clash before the end of the year.

Undefeated rising stars Bryce Mitchell and Ilia Topuria have verbally agreed to fight at UFC 282 on Dec. 10 in Las Vegas, sources confirmed to ESPN on Monday.

The website Fight Bananas was the first to report the news.

Mitchell and Topuria were booked in separate fights this fall, but both fell through. Mitchell was tied to a UFC Fight Night main event bout against Movsar Evloev on Nov. 5, but Evloev withdrew due to injury. Topuria was supposed to fight Edson Barboza on Oct. 29 in a UFC Fight Night headliner, but Barboza had to pull out because of an injury, as well.

Mitchell and Topuria are both represented by First Round Management.

Mitchell (15-0) has won his first six UFC fights and is coming off a victory over Barboza via unanimous decision at UFC 272 in March. The 28-year-old Arkansas native is known for his excellent wrestling and grappling.

Topuria (12-0) is 4-0 in the UFC with three straight knockout finishes. The 25-year-old German-born fighter, who lives in Spain and is of Georgian descent, has finished 11 of his 12 career victories.

UFC 282 doesn’t have an official headliner yet, but a light heavyweight title rematch between champion Jiri Prochazka and former champ Glover Teixeira has been booked for the December pay-per-view event from T-Mobile Arena.