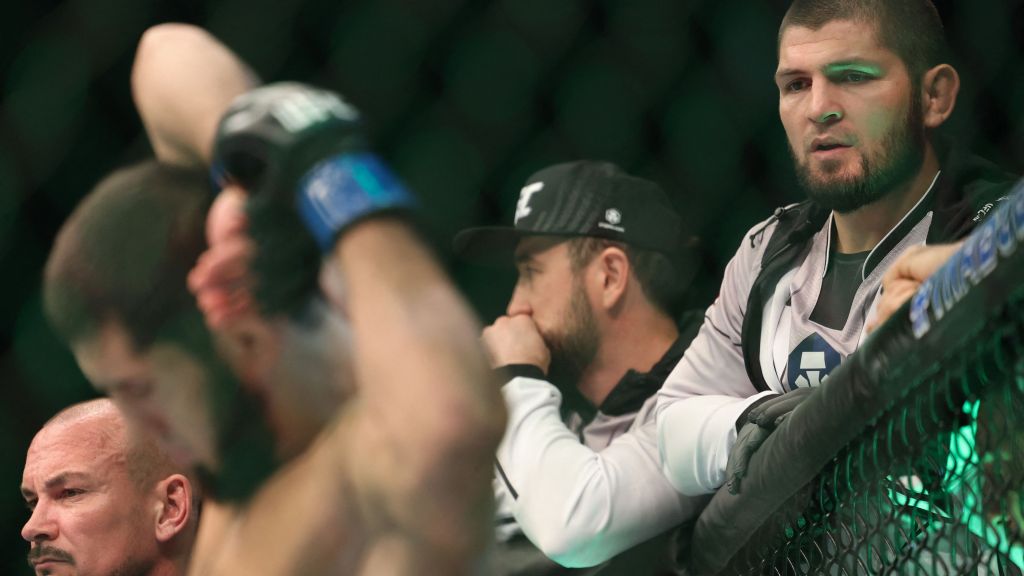 The Islam Makhachev era is upon us after UFC 280.

This past Saturday in Abu Dhabi, Makhachev became the UFC lightweight champion when he submitted former champ Charles Oliveira in the second round to claim the vacant title – and it wasn’t even close. For as long as the fight lasted, Makhachev put on a dominant performance reminiscent of his mentor, UFC Hall of Famer Khabib Nurmagomedov, as he pushed his winning streak to 11 fights, which includes five consecutive finishes.

Nurmagomedov, as well as American Kickboxing Academy head coach Javier Mendez, are on record as saying Makhachev is the better fighter, so here’s our question: Do you see Makhachev ruling the lightweight division for years to come and, dare we say, surpassing Nurmagomedov’s greatness?

Our “Spinning Back Clique” panel of Brian “Goze” Garcia, Mike Bohn, and Nolan King weighed in on that topic with host “Gorgeous” George. You can watch their discussion in the video above. You can also check out this week’s complete episode below.