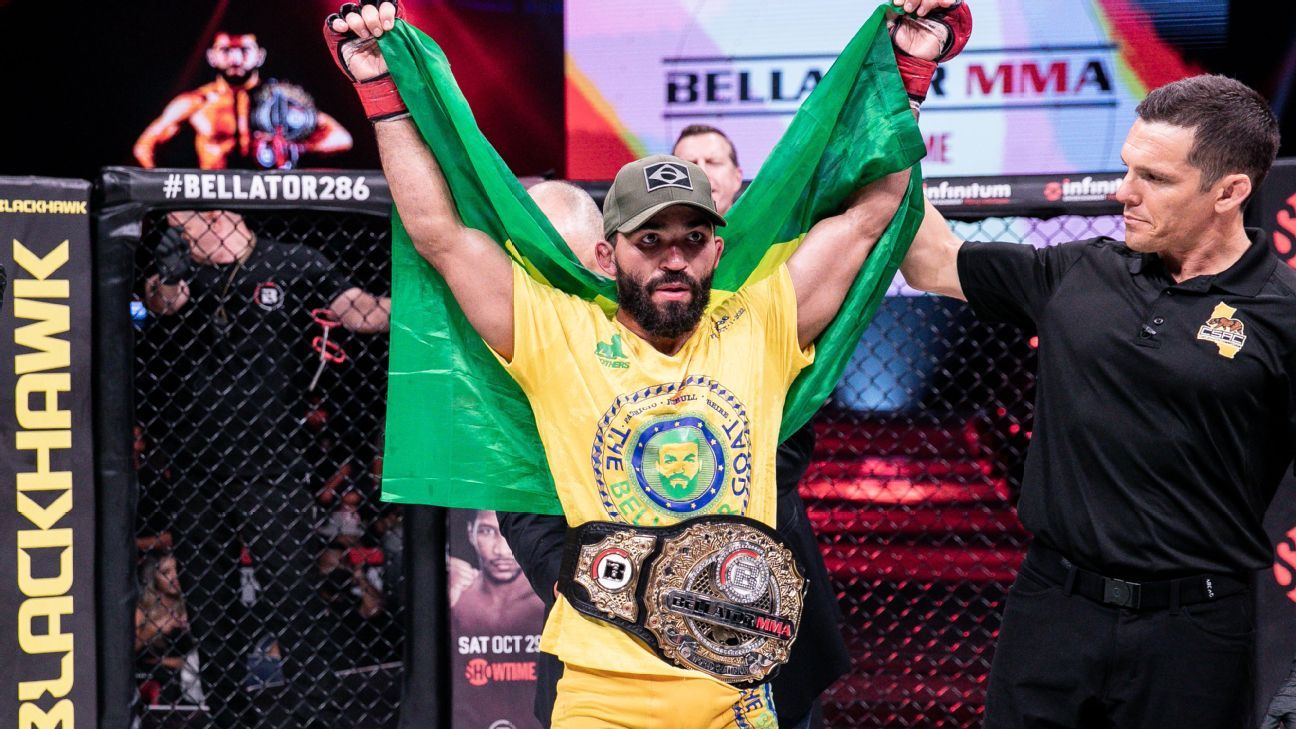 Bellator MMA and Japanese fight promotion Rizin have worked together several times before but never on such a grand scale as what they have planned for New Year’s Eve.

The companies announced Monday that they will co-promote a fight card at 36,500-seat Saitama Super Arena outside Tokyo on Dec. 31 that will feature five bouts pitting a top Bellator fighter against one of the best from Rizin.

No specific matchups were announced, but Bellator said via a statement that four of its five representatives will be featherweight champion Patricio “Pitbull” Freire and three former champions: AJ McKee, who reigned at featherweight but now competes at lightweight, and bantamweights Juan Archuleta and Kyoji Horiguchi.

Horiguchi, although signed to Bellator, is the current Rizin champ in his second reign. During his first run with Rizin’s 135-pound belt, in 2019, Horiguchi competed in a Bellator-Rizin co-promotion bout in New York and defeated then-Bellator champ Darrion Caldwell to add that belt to his collection. Five months later, Horiguchi vacated the Bellator title because of injury-related inactivity.

A news conference is scheduled for Wednesday in Tokyo to announce some of the matchups for the Dec. 31 event, which will air in the United States in prime time on Showtime.

Bellator and Rizin have promoted bouts involving the other company’s fighters on other occasions as well. For example, before becoming Bellator lightweight champion, Patricky Freire competed in a Rizin bantamweight grand prix in 2019, making it to the final before losing to Tofiq Musayev. Musayev recently joined the Bellator roster.

Matheus Nicolau expects to ‘undoubtedly’ be one win away from title shot after UFC Orlando: ‘I’ll be ready to win the belt’
UFC on ESPN 42: Make your predictions for Stephen Thompson vs. Kevin Holland
Paddy Pimblett responds to Jake Paul challenge: ‘Come to the PI next week’
Could this interaction between Thompson and Holland been any more friendly? 🥹
Midnight Mania! Fake Belt, Fake Coach, Fake Fighter