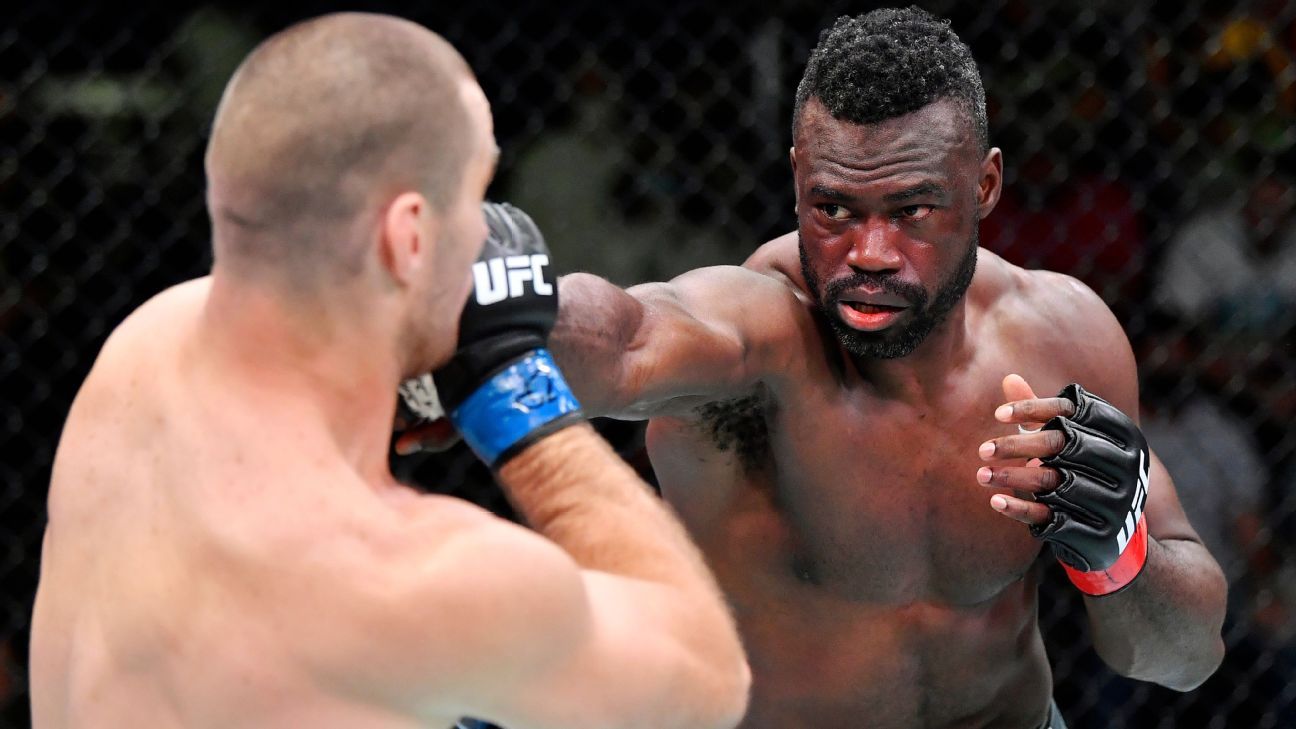 GLENDALE, Ariz. — Uriah Hall opened up Wednesday about falling into a “deep depression” following his abrupt retirement from the UFC this past summer.

Hall said at the Jake Paul–Anderson Silva open workouts that he felt a loss of identity after stepping away from MMA and that at one point he had thoughts of taking his own life. Hall said having the right support system around him and getting back into training helped him. He will face former NFL All-Pro running back Le’Veon Bell on the Paul-Silva pay-per-view card Saturday at Desert Diamond Arena.

“I had to stay away from people,” Hall said. “The problem with that is you fall even deeper into a f—ing hole and then you’re trapped. And then next thing you know, God forbid, you do something stupid, which I almost kind of did. … Because I didn’t know what else to do. I didn’t know how else to think.”

Hall, 38, said that then he didn’t want to talk about his mental health because of the stigma against doing so, but now he believes it’s important to open up because “everybody here has gone through it on their own.”

In August, Hall announced his retirement from the UFC in an Instagram post. The Jamaican-born fighter, who grew up in New York, had lost two straight, but before that was on a four-fight winning streak and considered a contender in the UFC middleweight division. Hall is tied with Silva and Thiago Santos for the most knockouts in UFC middleweight history (eight). He wrote on Instagram that he had “acquired some of my greatest achievements from mixed martial arts and that was facing my fears and being a champion in life.”

After that, Hall said, he entered into some “deep, dark places” mentally and didn’t move from his couch for one week. Finally, he was able to go outside, get some sunlight and go for a walk. A key, he said, was the support system he had.

“After leaving MMA, I fell into a really big hole,” Hall said. “I fell into a deep depression. A lot of athletes, when you do something for so long, that’s what you identify as. You’re a football player only or you’re a fighter only. People don’t see that. You walk outside and you’re like, wait, there’s nothing else for me to do? I spent the last 20 years of my life committing myself — my soul — to one attribute. And then all of a sudden it’s gone, it’s taken away.”

Getting back into training camp for this boxing match with Bell has helped, too, Hall said. Hall is a big favorite against Bell. Both are making their pro boxing debuts, but Hall was a pro MMA fighter for 17 years and a knockout artist in the UFC. Hall, though, said he is approaching this bout as realistically as possible.

“I’m confident in my world,” Hall said. “I say like, ‘F— no, this guy ain’t gonna beat me.’ But I don’t know what’s gonna happen. I know what I can control, and right now it’s just the moment and each step that I take.”