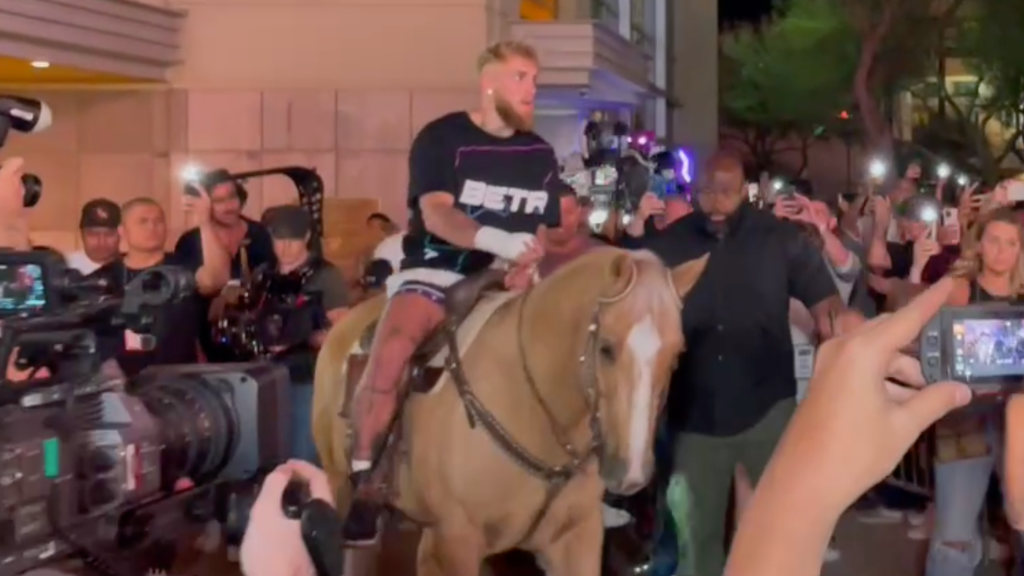 The YouTube star turned professional boxer arrived on a horse for Wednesday’s open workouts ahead of his boxing match against former UFC champion Anderson Silva.

You can watch Paul’s entrance and workout in the video above.

Paul vs. Silva goes down on Saturday night at Desert Diamond Arena. The two are set to compete in an eight-round, professional boxing bout at 187 pounds. The card airs at 6 p.m. ET/3 p.m. PT on Showtime.

Paul is undefeated in his professional boxing career with a record of 5-0. He last competed in December 2021, when he knocked out former UFC welterweight champion Tyron Woodley in a rematch. Prior to that, Paul had defeated Woodley in a split decision in August of that same year.

The 47-year-old Silva has re-invented his fighting through boxing, as he’s looked sharp since UFC departure in 2020. The former UFC middleweight champion won a split decision over former boxing title holder Julio Cesar Chavez Jr. in summer of 2021, then knocked out Tito Ortiz in September of that same year, and fought Bruno Machado to a no contest in May as part of an exhibition bout.