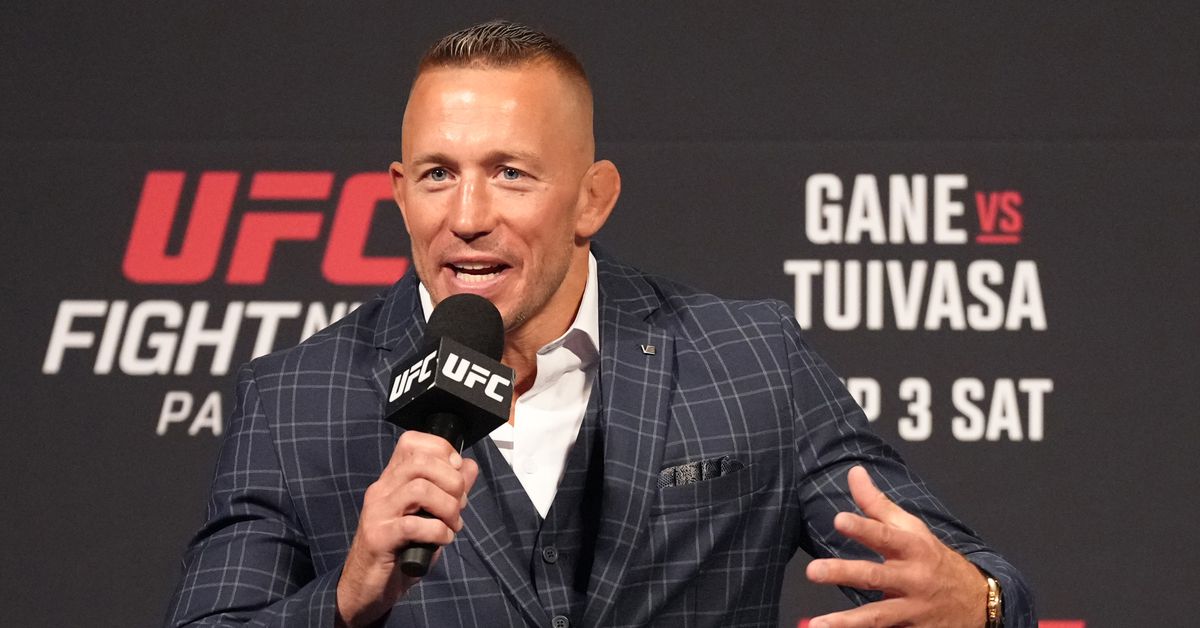 Georges St-Pierre isn’t ruling out a return to combat sports now that he’s a free man.

The UFC Hall of Famer and former two-division champion revealed over the weekend that he is no longer under UFC contract now that he is nearly five years removed from his retirement bout against Michael Bisping at UFC 217, which saw St-Pierre capture the middleweight championship and cement himself as one of the greatest fighters of all-time.

“I’m already out of my UFC contract. I’m out. I couldn’t be here today [working with Showtime] if I was under UFC contract,” St-Pierre told MMA Fighting ahead of the Paul vs. Silva fight. “It might piss off the UFC that I’m here, but I did it because, like I said, I have the freedom now to do whatever I want, with whoever I want, whenever I want.

“If I wanted to [I could compete in boxing],” St-Pierre continued. “You never say never. If it’s for a good cause, it’s well organized, who knows? I could do boxing or grappling. Who knows? But my days of trying to prove I’m the strongest man in the world, it’s gone. I have other priorities in life and I’m still training, I’m still getting it. When I go with a guy, when I spar with a guy, I still get it. But my heart is not there anymore.”

St-Pierre, 41, is widely considered the greatest welterweight to ever compete in MMA. The Canadian icon closed out his career in 2017 on a 13-fight win streak and holds countless records for the 170-pound division, having defended his welterweight title nine consecutive times before vacating his title and stepping away from the sport for four years in 2013. St-Pierre has the distinction of defeating every man he’s ever faced, as he avenged both of his UFC losses to Matt Hughes and Matt Serra with devastating stoppage wins.

While his legacy may reside in the octagon, St-Pierre told MMA Fighting that if he ever does return to active competition, it’ll be in a different sport — one with less risks than MMA.

“I might compete because I’m in an entertainment business, in boxing or in grappling, something that is safer than MMA,” St-Pierre said. “Not MMA. Something that is safer, that has less risks, because I have a lot more to lose and it’s not my priority anymore. And yeah, why not? You know what I mean? If it’s well done and everything. But something like a boxing match with small [gloves], nah, I’m done with it.

“Being here [for Paul vs. Silva] makes me remember how much I don’t miss this. It’s unbearable for me, the stress and everything. Unbearable. I never liked to fight. I fought because it propelled me to where I wanted to be in life, to have the freedom to be able to do whatever I want with whoever I want, whenever I want. That’s why I did it. You’re never 100 percent free, but I’m way more free than most of the guys, in a way.”