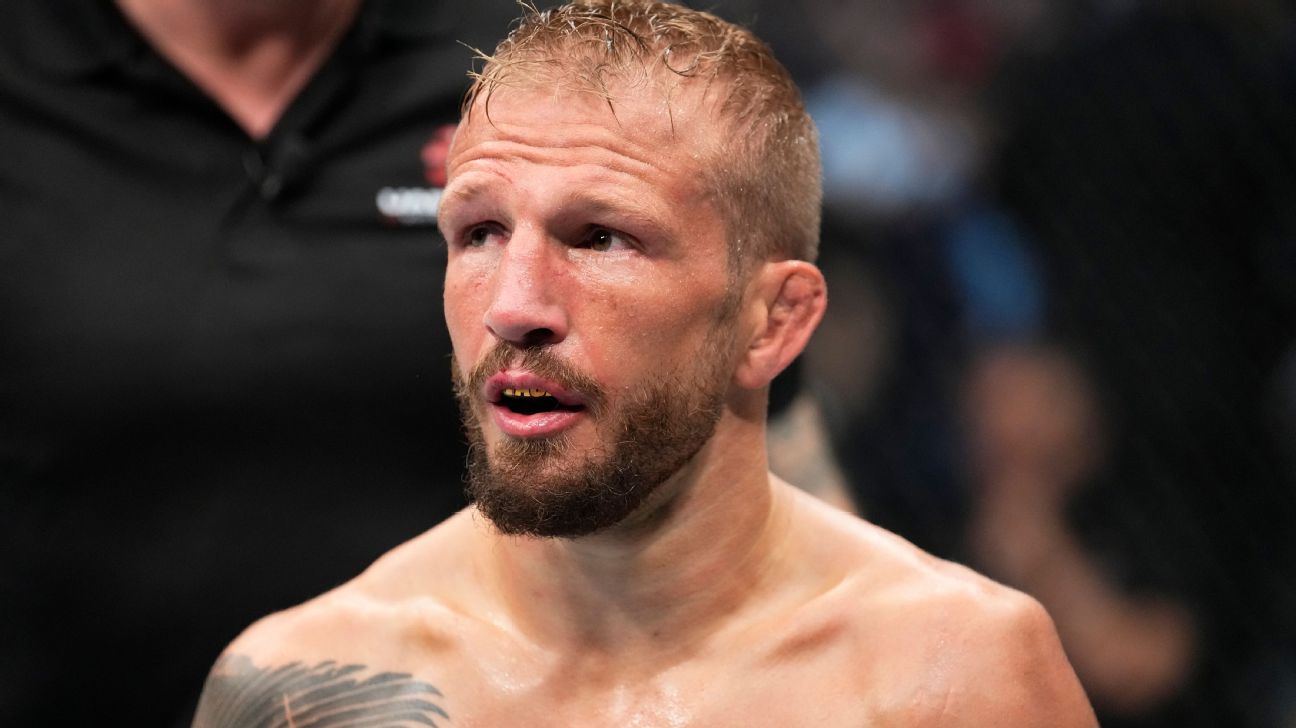 TJ Dillashaw intends to reclaim his UFC bantamweight championship at some point, although he’s likely to be out another year due to shoulder surgery.

Dillashaw, 36, told ESPN on Wednesday he will undergo surgery on his left shoulder, which was dislocated in the first round of a title fight against Aljamain Sterling last weekend at UFC 280. Dillashaw’s team managed to work the shoulder back into its socket between the first and second rounds, but it popped out again in the second and he lost via TKO.

For Dillashaw, it will mark his third shoulder surgery since 2019, and the second on his left shoulder.

“Another year,” Dillashaw said about a likely time frame for his return. “Nine months until I can start training rough and tough, and then making sure everything is healed up. I’ve had shoulder surgery before and I’d say another year, maybe, to compete. Either a year to compete, or a year to get back to a training camp.”

Dillashaw (17-5) has fought only three times since 2019 due to a two-year suspension for failing a drug test and injury. He has drawn some criticism in recent days, after he revealed his shoulder dislocated repeatedly in the build up to his loss against Sterling.

On Wednesday, Dillashaw told ESPN he should have clarified that his shoulder did dislocate in camp, but never to a point he wasn’t able to work it back into place himself. He said he has gone into previous fights under similar circumstances, but he admitted it was in slightly worse shape for this one.

“I’ve done that in many other fight camps before,” Dillashaw said. “I did talk to the referee beforehand, and this shoulder was worse than when I fought [Cody Garbrandt in 2017 and 2018], but it was something I’ve dealt with. I told [the referee] not to stop the fight because I would get it back in its socket. I was expecting to get it back in while I was fighting.”

Immediately after Dillashaw’s loss, UFC president Dana White said the UFC was unaware of the injury and added, “that’s something he should have told us.”

Dillashaw said the injury worsened over the last three weeks of his camp, at a time it would have been more difficult to pull out of the fight. He said he still went into Saturday’s contest with full confidence he would win.

Dillashaw does not have a date for surgery yet but is likely to undergo the procedure next month.