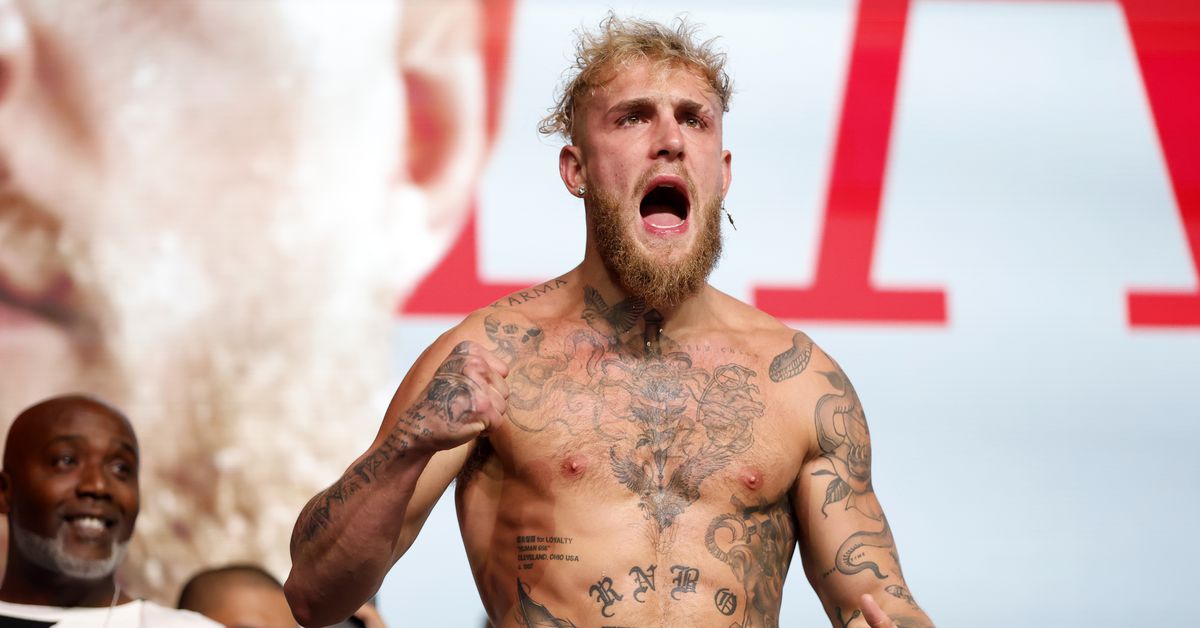 Jake Paul wants to fight Nate Diaz next, if Diaz is available.

Paul scored the biggest victory of his boxing career on Saturday when he won a unanimous decision over Anderson Silva, punctuated by an eighth-round knockdown that sealed the win. Earlier in the night though, Nate Diaz — who was there supporting his teammate Chris Avila, who also fought on the card — got into a backstage altercation with one of Paul’s team members, which Paul described to Ariel Helwani on The MMA Hour.

“They were talking s*** to someone on my team, flipping them off and s***, and they threw a water bottle at my teammate,” Paul said. “And then they started just throwing liquids and boxes and s*** up in the air, and that’s when my security got involved and rushed them and they backed all the way down the hallway. Some person from my team was just walking by, trying to get into my locker room which was right there, and he got caught in the crossfire. He didn’t know what was going on, and all of a sudden he got jumped. But then my security rushed them and they p****** out and ran away.”

Paul was not there for the altercation, as he was preparing for his fight against Silva, but word obviously got back to him quickly, as immediately following his victory, the YouTube star called for a fight with Diaz, saying that Diaz “likes to act tough, and he’s really not.”

It’s a fight that fans have been fantasy matchmaking for years now, with many viewing Diaz’s exit from the UFC to be directly tied to his desire to box Paul. Diaz himself even alluded to that fact in his post-fight speech at UFC 279, saying he was going “to take over another profession and become the best at that.” With Diaz having fought out his UFC contract and now just waiting for the promotion’s matching period to end, there is nothing standing in the way of the two men finally delivering the superfight, and for Paul, it’s a no-brainer.

“If he’s actually out of his UFC contract, I would be down,” Paul said. “I just beat one of the greatest MMA fighters of all-time, Nate Diaz is easy work. Anderson Silva is way more difficult than Nate Diaz. He’s slow and at the end of his career. He’s lost it, as far as striking. Maybe he still has jiu-jitsu. But as far as striking and all that, he’s just a street fighter, and boxing is the purest sport. It’s art. You can’t come in and street fight someone in a boxing match. Anderson has length, has the height, Anderson hits harder, is more slippery, has better head movement, the list goes on. So I know that Nate is easier.”

Oddsmakers seem to agree with Paul, as he opened as sizable -260 favorite over Diaz, implying a 72.2 percent win probability.

But the question remains whether or not the fight will happen at all.

Throughout his UFC run, Diaz was known as a stiff negotiator, and as he’s already in the process of launching his own fight promotion, the younger Diaz brother may not be focused on his own fight career at the moment.

If that’s the case, then Paul is down to fight anyone else that makes sense.

“I feel like definitely professional boxer is the No. 1 criticism, but again, anyone that is smart knows that Anderson Silva is a real professional boxer, and just beat a former world champion,” Paul said. “So I don’t know.

“But at this point, I’m just going to do whatever the f*** I want, and fight whoever is willing and ready to show up.”