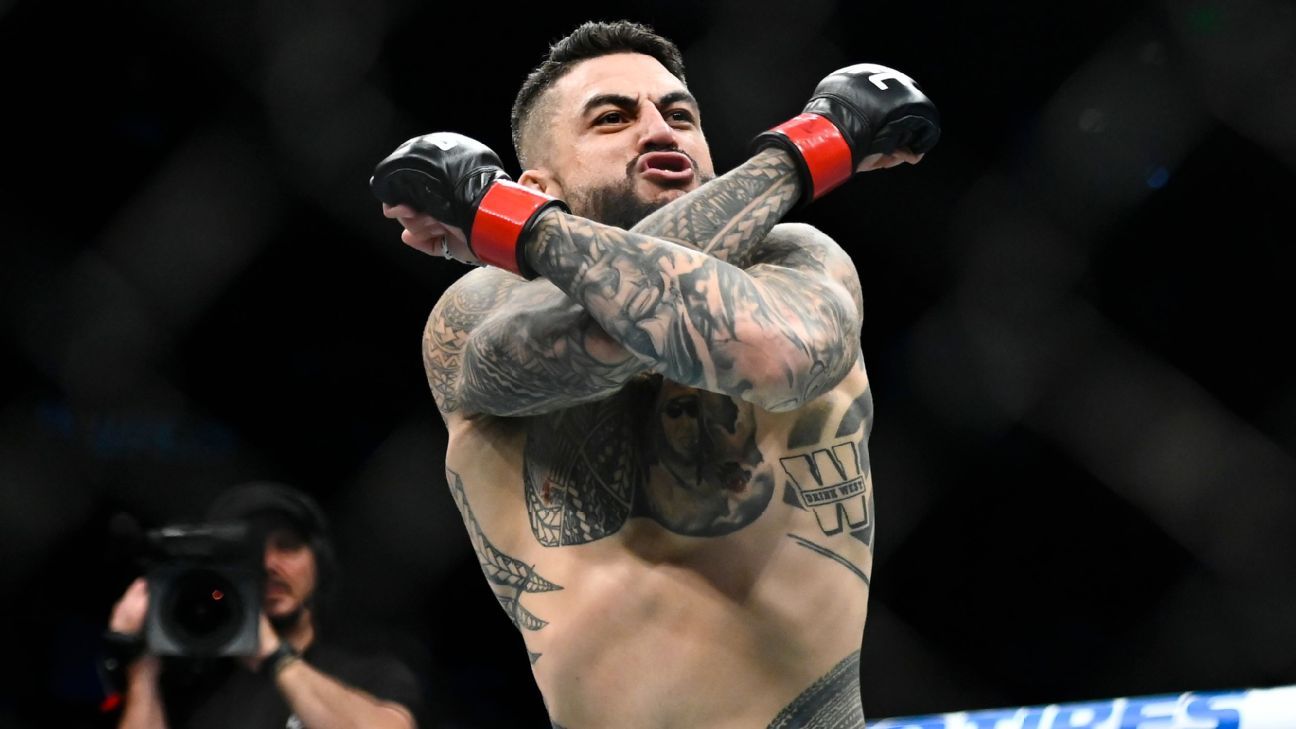 Tyson Pedro will spend the best part of the next three months training alongside the likes of Israel Adesanya, Kai Kara-France and Alexander Volkanovski at City Kickboxing [CKB], after the Australian light heavyweight was added to the UFC 284 card set for Perth next year.

Pedro will fight China’s Zhang Mingyang at RAC Arena on February 12 [AEDT], the Australian looking to continue his impressive run of form since he returned from a run of injuries that had kept him out of the Octagon for more than three years.

But Pedro at last has returned in 2022 with back-to-back victories, the 31-year-old adamant he is a completely different fighter to the one that had lost three of his last four fights before injury struck.

“My fight IQ has improved, I’m spending a lot of time learning about martial arts, and I just feel like I’m getting better and better. Hopefully the physical decline doesn’t come before I hit my mental peak. But it’s been an exciting ride.

“The layoff was long, but it’s been nice to get into a flow and CKB has been a big part of that.”

With Volkanovski all but certain to be fighting in the main event in Perth, and the fact that he usually spends at least a portion of his fight camps in Auckland, Pedro will again get to go to work alongside ESPN’s pound-for-pound champion.

Adesanya, meanwhile, is fighting in under a fortnight’s time at UFC 281. But the middleweight champion will still be there to assist his teammates prepare for their fights in Perth as is the CKB way.

Pedro says his experiences at the famed Auckland gym have already been career-changing.

“I’ve said it a few times, but what they consider as basics and fundamentals I am just picking up,” Pedro said. “My last camp was really challenging because not only were the physical demands of the camp huge, more training than I’ve ever done, but also learning new skills; it was just leaving me fried at the end of the day.

“That’s what keeps me interested, I enjoy that whole learning process, but it also trashed me.”

While UFC 284 is still more than three months away, Pedro is taking no risks with the temptations on offer through the festive season in his hometown Sydney.

“I booked my Airbnb yesterday, I leave on the 20th [November] and I’m staying there until the fight. It’s all for the better, there are too many Christmas parties coming up so I’m getting out of Sydney,” Pedro said.

With the Volkanovski-Islam Makhachev bout set to join the middleweight showdown between Robert Whittaker and Paulo Costa on the UFC 284 card, Australian MMA fans may bear witness the best UFC event the country has ever staged.

Pedro, however, doesn’t want to add to the hype.

“I don’t want to stack it up too much because when everyone goes and hypes up a card those are usually the ones that don’t deliver,” Pedro said. “For me, I would go to the event just to watch Rob and Alex, because those two fights are massive. As a fan, I would go just for those two fights.

“But for me, this fight with Zhang, he’s had a lot of first-round finishes and I’m expecting him to come out and throw bombs, so I’m hoping it’s going to be an exciting fight for the fans. I am here to entertain; the plan is to put him to sleep in front of everyone.”