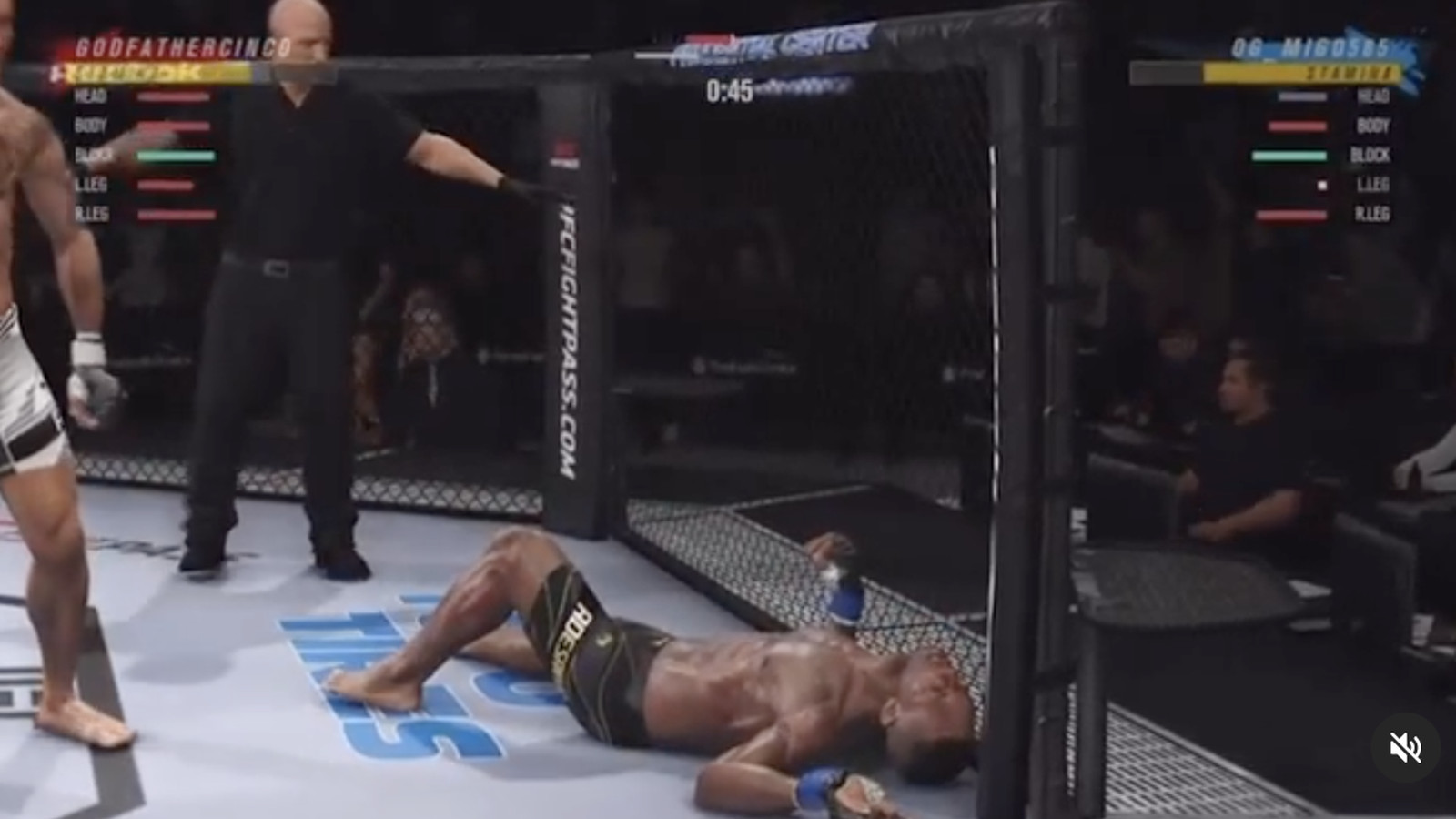 Reigning UFC middleweight champion Israel Adesanya is on the cover of the UFC 4 video game from EA Sports. Opponent Alex Pereira, however, is not a playable character in the embattled franchise. But that didn’t stop the Brazilian bruiser from creating a fighter in his likeness and letting the simulator run its course.

The verdict? Pereira by violent knockout.

“Even the video game knows,” Pereira wrote on Instagram.

No question “Poatan” is hoping life imitates art when he collides with Adesanya atop the UFC 281 pay-per-view (PPV) event on Nov. 12 in New York City, a five-round clash that will continue (and possibly conclude) their rivalry from the kickboxing circuit.

Pereira is up two-zip with one knockout.

For much more the upcoming UFC 281 PPV card click here.