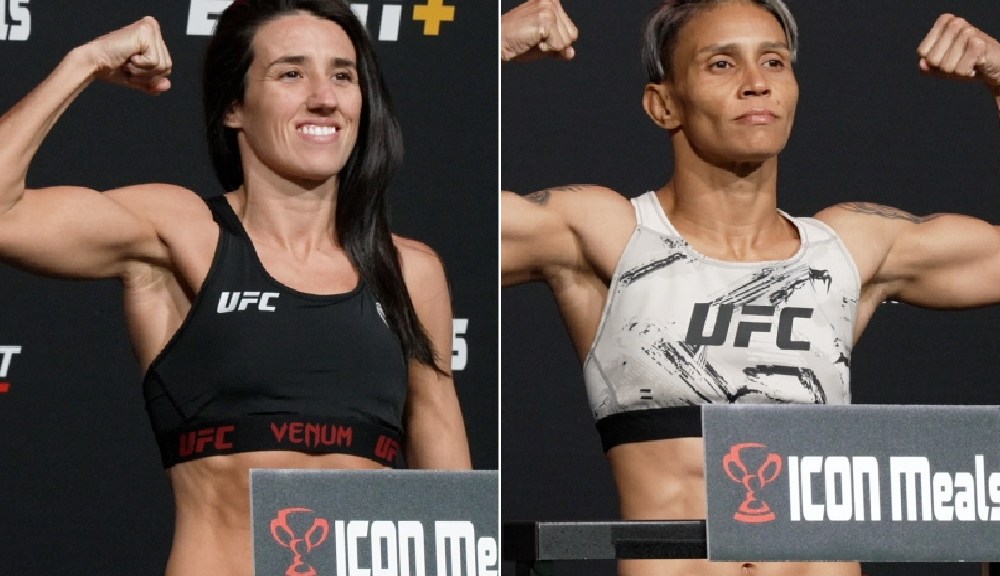 With a four-fight winning streak under her belt, Rodriguez registered at 115.5 pounds when she stepped on the scale. Lemos, who has had a treacherous fight week with multiple flight delays and a late arrival, still did her job and was 114.5 pounds.

Watch the video above to see both women make weight for UFC Fight Night 214.