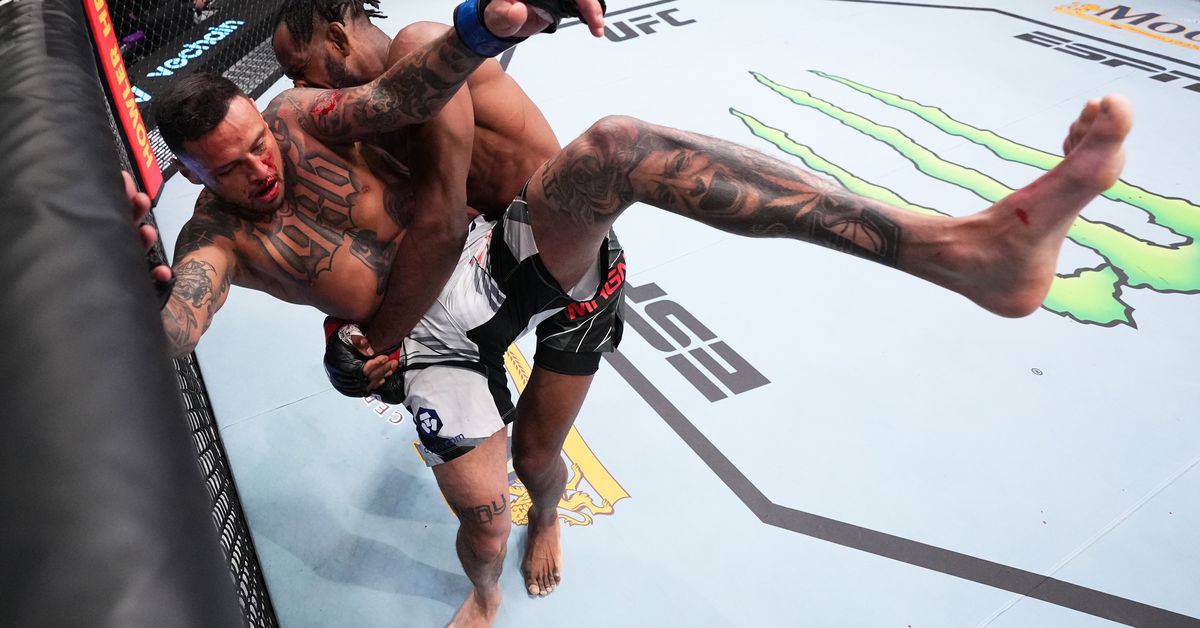 Las Vegas, Nev. — The term gatekeeper is thrown around in mixed martial arts (MMA) quite a bit. And while it isn’t necessarily a negative name to call someone, established fighters often take it that way.

Neil Magny is/was one of those fighters … for years.

Fighters and even analysts have stated that if a fighter is able to topple Magny, it’s a sign that he can more than likely compete with the best the 170-pound division has to offer. “D-Rod” agreed with that sentiment, branding Magny the dreaded gatekeeper of the weight class before their fight.

During his post-fight interview with the media, Magny revealed that he took those comments personally and used them to fuel him inside the cage.

“Even though I took the gatekeeper from D-Rod personal, it was nothing against him. I mean, if I go out there and I fall short when it matters most, and I end up being a gatekeeper, it’s not because of him — it’s because of my actions,” Magny told the media. “So, for me to go out there and fight to the best of my ability, that’s what’s going to start changing those narratives, even when it comes down to like the odds and that kind of thing for people betting and that kind of stuff.

“As much as I took it personal with that gatekeeper comment, it is literally more so motivating,” he continued. “Like, alright, cool. Are you a gatekeeper? If not, go out there and prove otherwise. And that’s kind of like where I’m heading now.”

Is anti-gatekeeper/motivated Magny a mythical fighter now? Time will tell.

Magny has now won six of his last eight fights, and after his win over Rodriguez, he called out No. 5-ranked Gilbert Burns for a fight in Brazil in Jan. 2023.

To check out the latest and greatest UFC Vegas 64: “Rodriguez vs. Lemos” news and notes be sure to hit up our comprehensive event archive right here.