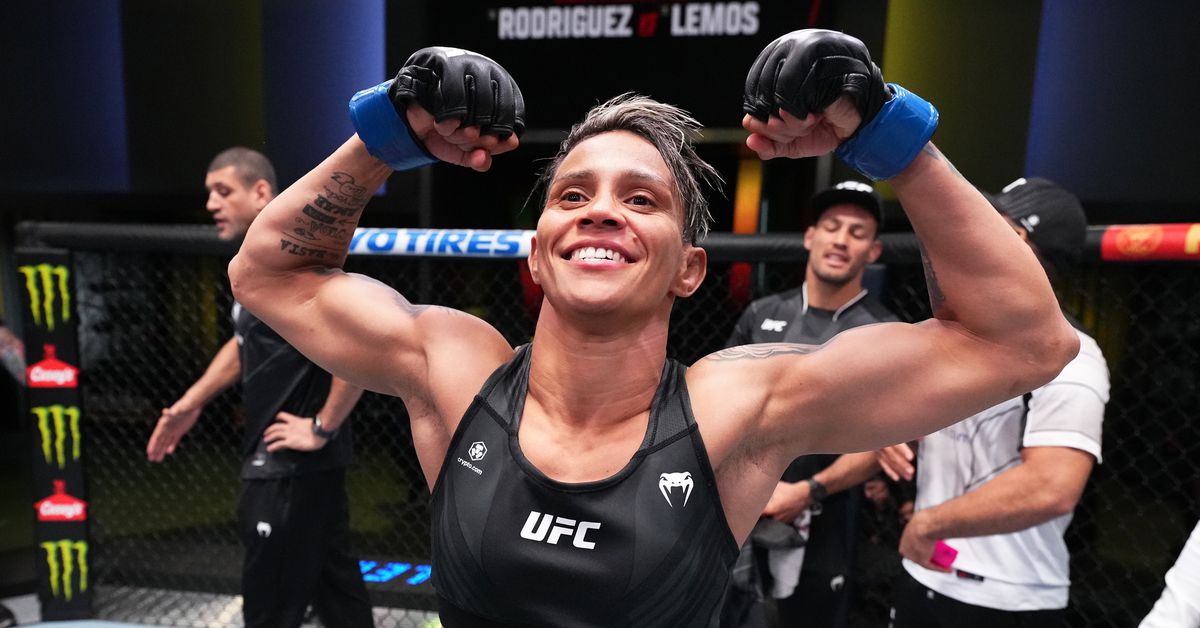 Amanda Lemos was a big underdog heading into the UFC Vegas 64 main event with Marina Rodriguez, and not many people picked her to get it done. On Saturday, Lemos silenced the critics and may have earned herself a chance to fight for a UFC world title in her next appearance.

MMA Fighting’s Mike Heck and Alexander K. Lee react to Lemos’ third-round finish of Rodriguez, discuss how much her stock rose, and what might need to happen to get to a strawweight championship bout with UFC 281 at Madison Square Garden. Additionally, topics include Neil Magny’s late submission win over Daniel Rodriguez, Grant Dawson’s outright dominance of Mark Madsen, and other odds and ends from Saturday’s event.

Catch the UFC Vegas 64 post-fight show above. An audio-only version of the show can be found below and on Apple Podcasts, Google Podcasts, Spotify, and Stitcher.