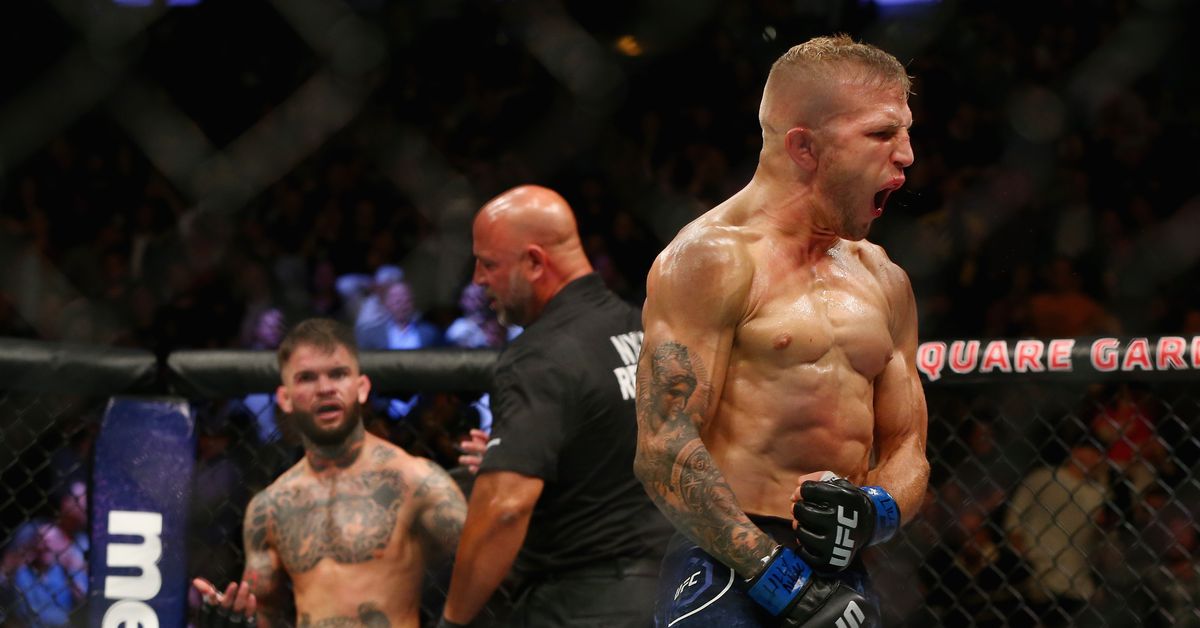 Former UFC bantamweight champion TJ Dillashaw failed to recapture the 135-pound crown when he fought reigning division titleholder Aljamain Sterling in the UFC 280 co-main event last month in Abu Dhabi, succumbing to a shoulder injury before eventually getting pounded out by the streaking “Funk Master.”

The defeat — and subsequent shoulder surgery — is expected to knock Dillashaw down a few pegs in the 135-pound standings. That’s why longtime rival and former bantamweight champion Cody Garbrandt, no longer ranked in the Top 15 after a string of tough losses, is calling for a third fight against the one-time flyweight.

“I don’t even look into it,” Dillashaw told MMA Fighting about the potential of a third Garbrandt fight. “That makes zero sense to me at all. How’s that guy even still in the UFC? He’s lost five of his last six fights. I’m fighting for world titles. It’s a reach. He’ll probably have two losses before I even come back. It won’t even be worth my effort.”

That’s a far cry from his previous comments, suggesting he would knock out Garbrandt as many times as UFC asked. In addition, Dillashaw (17-5) takes credit for “ruining his career” after Garbrandt (12-5) went into a tailspin in the wake of their back-to-back title fights at UFC 217 and UFC 227, both of which ended by way of knockout.

That said, the 36 year-old Dillashaw is now 0-2 in his last two title fights with both contests resulting in a technical knockout loss. The former champion is also trying to rebuild his image after spending two years on the sidelines for a failed drug test, so he may not be in a position to turn away any fights upon his 2023 return.