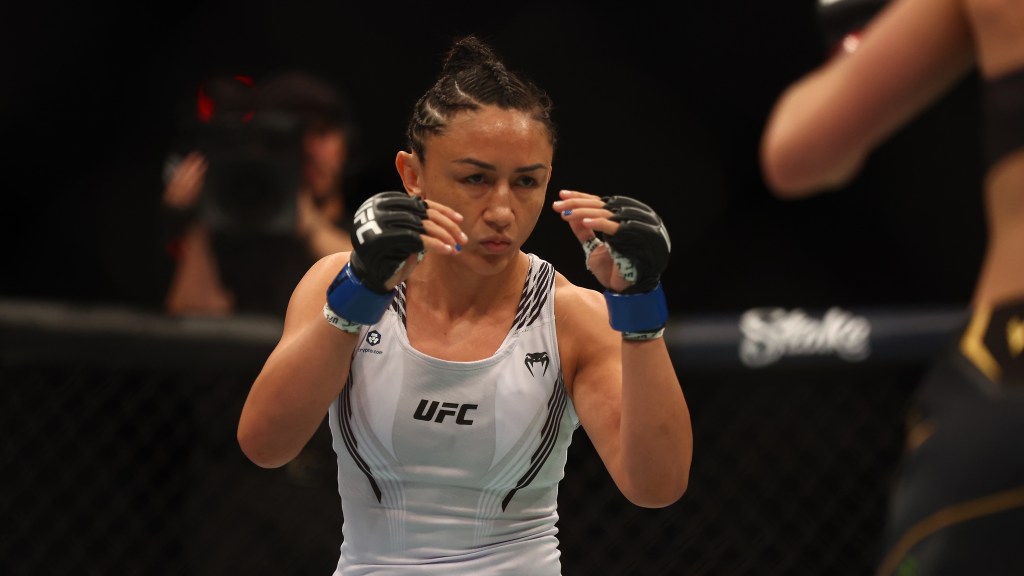 The UFC 281 co-main event will see the strawweight title on the line as champ Carla Esparza shares the cage with former champ Zhang Weili.

Esparza enters on the longest active win streak in the strawweight division. The sixth win of her run saw her reclaim the title she won in the inaugural title bout in 2014, by defeating the same opponent in both fights, Rose Namajunas.

Now, she faces a tough competitor who has also held gold in the division.

Weili will look to keep the momentum going after her stoppage win over Joanna Jedrzejczyk at UFC 275. The former champ has finished 18 of her 22 fights. Considering the lack of action in Esparza’s title win over Namajunas, many believe Weili will be too much of a force to handle.

But what if Esparza is able to impose her will through her fantastic wrestling game? Can she hold Weili down on the mat to neutralize her power on the feet?

Our “Spinning Back Clique” panel of Danny Segura, Brian “Goze” Garcia and Simon Samano give their thoughts on this title fight with host “Gorgeous” George Garcia. You can watch their discussion in the video above and check out this week’s full episode below.