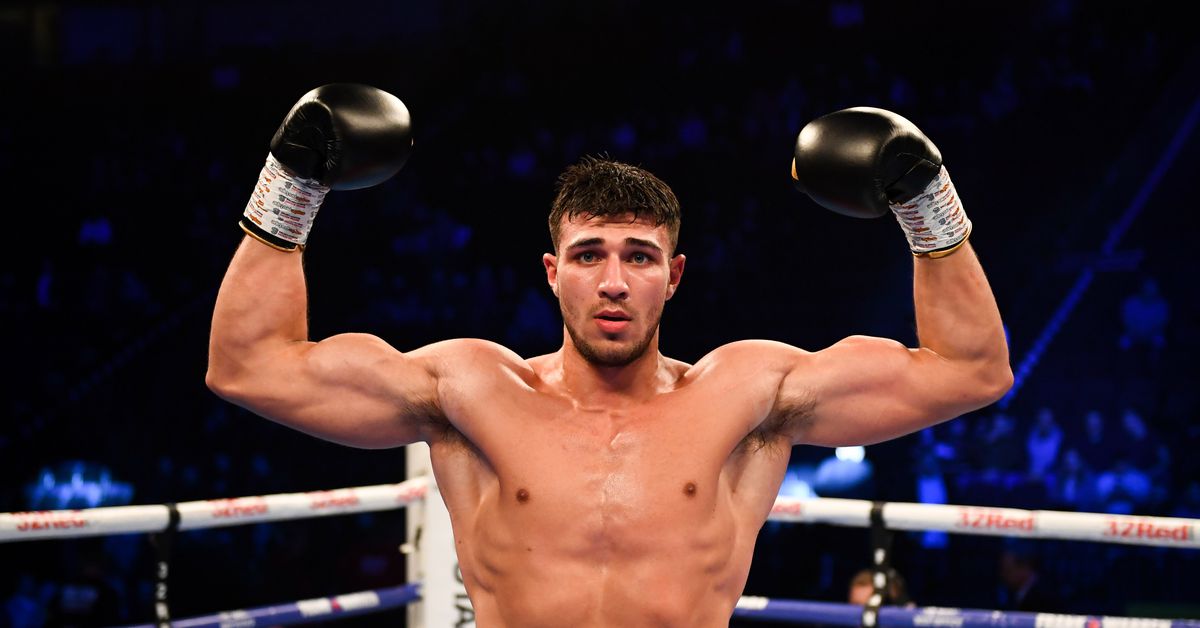 Jake Paul gave Tommy Fury the nickname “Tommy Fumbles” even before their two attempted boxing matches fell apart, and Tommy is once again living up to the nickname in Dubai.

Fury, the little brother of heavyweight boxing champion Tyson Fury, was set to face Paul Bamba on the Sunday afternoon as part of the Floyd Mayweather vs. Deji undercard. But things started going sideways when Tommy weighed in at 181.4 pounds, just slightly above the light heavyweight limit of 175 pounds. Bamba (who did make weight) decided not to accept a catchweight, and now Tommy Fury has an arguably much tougher opponent in cruiserweight Rolly Lambert.

Paul Bamba came into Dubai at 5-2 with wins over opponents with 2-12 and 22-20 records, plus iffy losses to guys with 0-4 and 1-4 records. Rolly Lambert is 15-1 against much better opposition, including a number of fighters with solid winning records. Has the 8-0 Tommy fumbled his way into a fight he has a much bigger chance of losing? All signs point to yes.

In Tommy’s defense, he claims the whole thing is a misunderstanding caused by the promoters sending him the wrong weight on his contract.

Of course, YouTuber turned boxer Jake Paul couldn’t help but jump in and take a shot at Fury over the whole situation.

“Tommy Fury… you’re getting paid a lot of money to be a professional,” Paul wrote. “But time & time again you show that you’re not. Missed a fight because of ‘broken ribs,’ missed a fight because you ‘missed a flight,’ & now you miss weight by 7 pounds! I feel sorry for Frank & George Warren & the Fury name.”

Tommy Fury…ur getting paid a lot of money to be a professional. But time & time again you show that ur not.

I feel sorry for Frank & George Warren & the Fury name.

Fury and Paul were supposed to fight back in December 2021, but a rib injury and infection forced Fury out. Paul scrambled to find a replacement fighter and ended up KOing Tyron Woodley in a rematch. A second fight set for Madison Square Garden in August 2022 was cancelled after Tommy Fury discovered he couldn’t enter the United States.

That’s on account of his brother Tyson’s close connections to Kinahan drug cartel leader Daniel Kinahan, who was recently sanctioned by the American government. In the end, Paul was forced to pull the plug on the whole event.

Even with those two ‘fumbles,’ Tommy Fury was still listed by bookies as the second most likely choice for Jake Paul’s next opponent, after Nate Diaz. Now that he’s once again at the center of a bizarre last-minute controversy, we wonder if those odds are getting longer.

Then again, there are only so many low-level boxers with Tommy Fury’s name value. Eventually Paul will have to box an actual boxer to gain respect from that community, so he may be stuck with “Tommy Fumbles.” If Tommy manages to beat Rolly Lambert, that is.