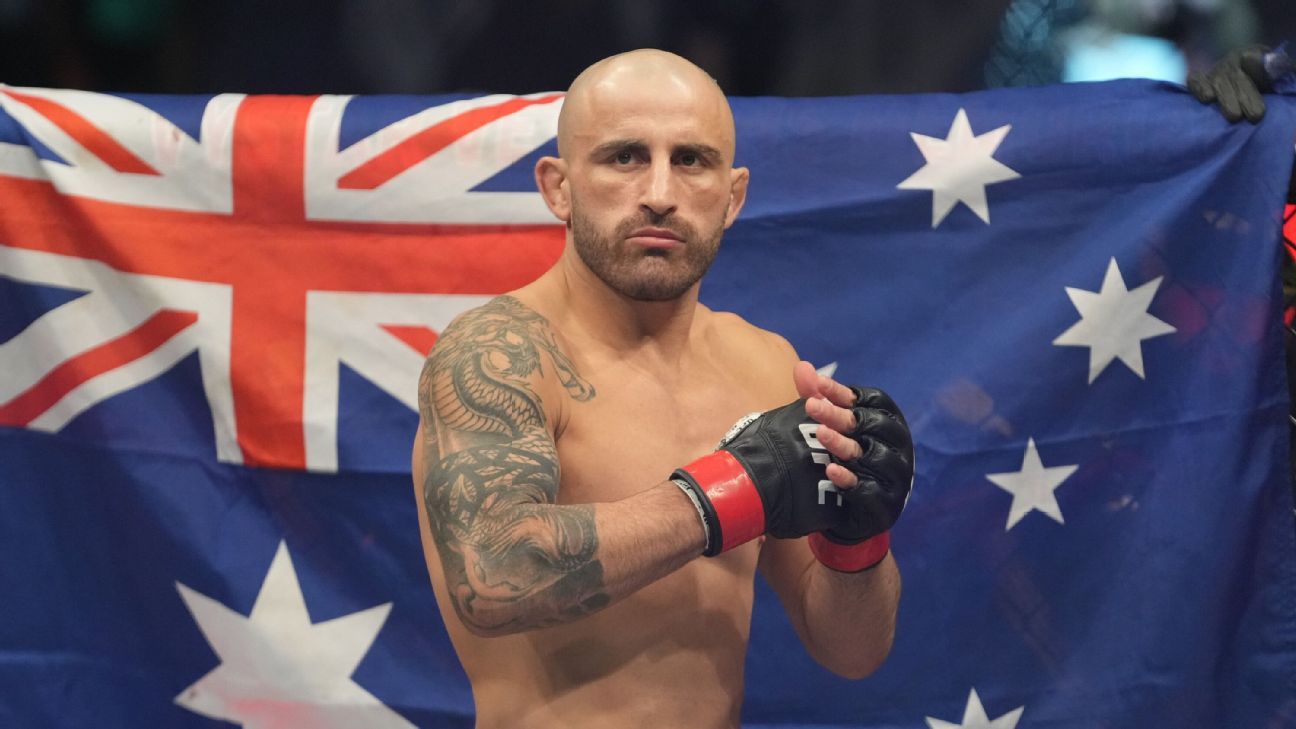 UFC featherweight champion Alexander Volkanovski will officially move up in weight to challenge lightweight champion Islam Makhachev for a second title at UFC 284 on Feb. 11 in a fight that could determine the No. 1 pound-for-pound fighter in the world.

UFC officials announced the lightweight title fight Saturday. UFC 284 will take place in Perth, Australia, which is Volkanovski’s home country. It is the first time the UFC has booked a fight between two active champions, excluding interim champions, since March 2021.

Volkanovski (25-1) said this week he is already eating 4,000 calories per day in anticipation of the move. He and Makhachev (23-1) squared off immediately following Makhachev’s title win over Charles Oliveira at UFC 280 last month in Abu Dhabi.

It’s a matchup both champions expressed interest in from the start. Volkanovski has been an active champion at 145 pounds, and believes no single featherweight contender has set himself apart enough to warrant a title shot. Khabib Nurmagomedov, who is Makhachev’s coach and longtime teammate, said he wanted Makhachev to face Volkanovski in his first title defense, and he wanted it to take place in Perth.

ESPN ranks Volkanovski and Makhachev the Nos. 1 and 3 pound-for-pound fighters in the world. Middleweight champion Israel Adesanya, who will defend his UFC title against Alex Pereira on Saturday in New York, is ranked No. 2.