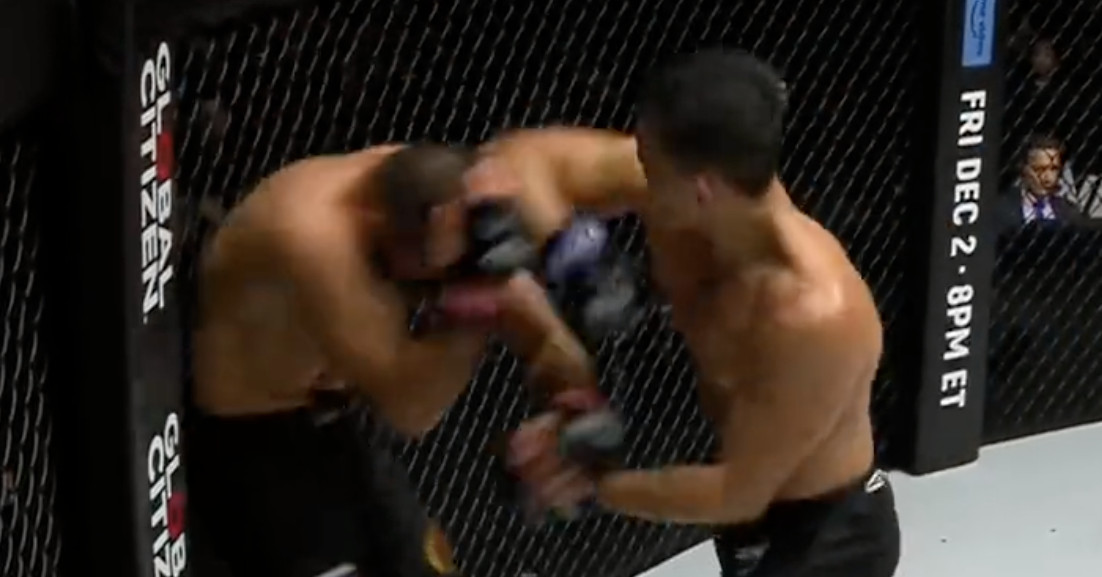 Christian Lee is now a two-division ONE Championship titleholder after stopping Kiamrian Abbasov at ONE on Prime 4 in Singapore.

Lee, moving up from the ONE lightweight (170 pounds) division he rules, battled exhaustion and near-stoppage in the opening frame to rally for TKO at 4:20 of Round 4.

Abbasov weighed in at 186.25 pounds, over the limit for the welterweight (185 pounds) title cutoff and was subsequently stripped of the belt. Only Lee was allowed to win the belt if victorious, and initially, it appeared as though he had bitten off more than he could chew against his heavier opponent.

Punches didn’t have much effect on Abbasov early in the fight, and his counters repeatedly hurt the lightweight champ. In the first, a left hook dropped Lee cold, and the challenger appeared to be out on his feet as he reeled backwards after recovering to his feet. Referee Herb Dean gave Lee a wide latitude, setting up the momentum shift as Abbasov tired.

Lee, the brother of ONE atomweight champ Angela Lee, wasn’t in much better shape as the fight went into deep waters. Both men’s output nosedived, and action came in fits and spurts as the effects set in from the frenzied opening. It was Lee’s heart that was on display as he continued to press the action, and where his punches had little effect, his elbows did the trick as he slammed over a half-dozen of them into his opponent.

Abbasov could finally take no more as he hit the canvas, and Lee took mount to finish off the job, raining down shots until Dean intervened.

Kiamrian Abbasov drops the HAMMER on Christian Lee in Round 1! How is he still standing?!

Tune in NOW to catch the rest of ONE on Prime Video 4 — LIVE and FREE in the U.S. and Canada with a Prime Video subscription! pic.twitter.com/jKgRKTdwOK