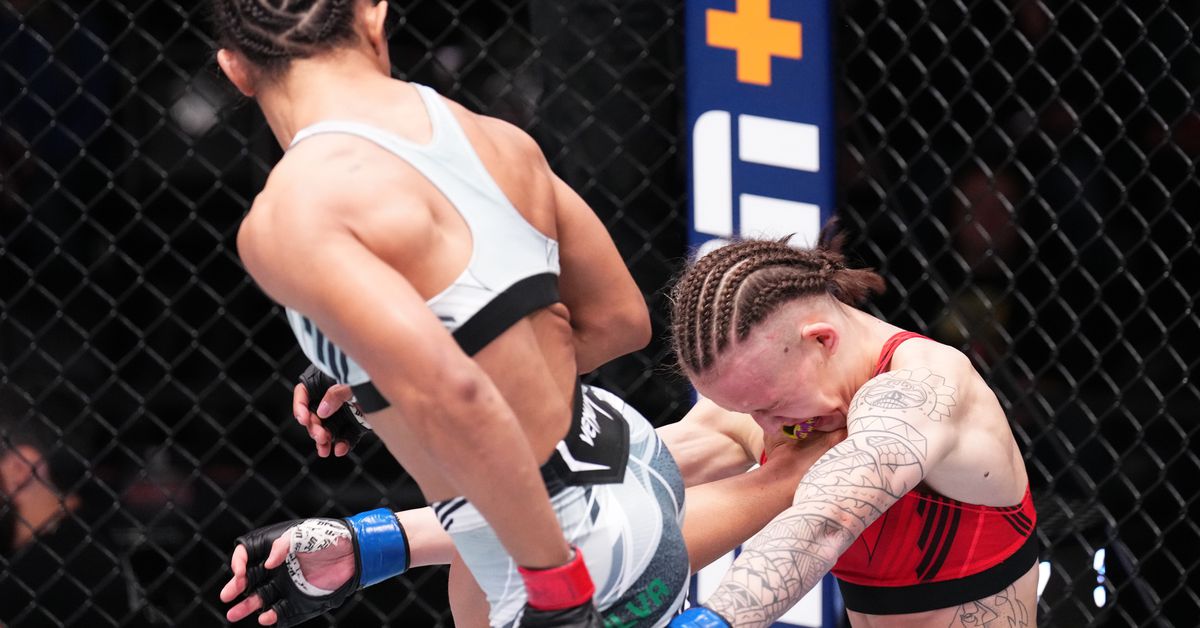 Silva took on Tereza Bleda in the opening bout of Saturday’s card at the UFC APEX. After a tough first round, Silva was able to bounce back in the second, using a large striking advantage to seemingly even things up. About a minute into Round 3, Bleda shot for another takedown, but ran into a nasty spinning back kick right to the chin which led to the fight being stopped at the 1:27 mark.

Check out video of the incredible kick below.

Silva has now won eight straight bouts, including a 2-0 start to her octagon tenure. In her first UFC appearance, the 25-year-old impressed with a one-sided unanimous decision victory over Jasmine Jasudavicius. Silva has finished five opponents during her current winning streak.

Bleda, who was making her UFC debut, suffered the first loss of her career.