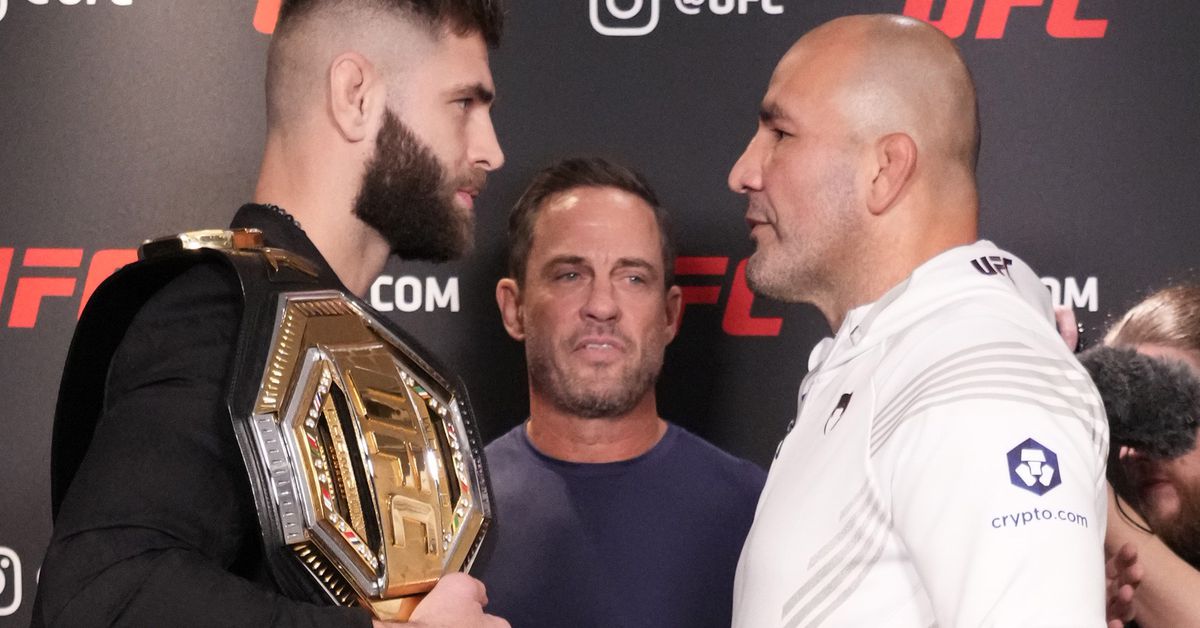 The UFC’s final pay-per-view event of 2022 is set with 15 fights — including a main event rematch of one of the frontrunners for Fight of the Year.

During Saturday’s UFC Vegas 65 broadcast, the promotion revealed the main card and full lineup for UFC 282, which takes place Dec. 10 at T-Mobile Arena in Las Vegas. In the main event, Jiri Prochazka puts his light heavyweight title on the line against the man he defeated to win the championship in an unforgettable classic at UFC 275, Glover Teixeira.

The 205-pound division will have a likely title eliminator bout in the co-main event slot as former champion Jan Blachowicz is tasked with slowing the momentum of the surging Magomed Ankalaev. Paddy Pimblett looks to remain undefeated in the UFC as he takes on the toughest opponent of his career to date in Jared Gordon in a featured bout.

The main card rounds off with former welterweight champion Robbie Lawler taking on Santiago Ponzinibbio, while a pivotal bout between up-and-coming featherweights Bryce Mitchell and Ilia Topuria will get the pay-per-view card started.

Darren Till competes on the ESPN2 prelims against Dricus Du Plessis. As of now, the only hole in the lineup is during the early prelims as Cameron Saaiman is still slated to compete on the card against an opponent yet to be announced due to the withdrawal of Ronnie Lawrence, a person with knowledge of the promotion’s plans confirmed to MMA Fighting.

Check out the full UFC 282 lineup below.

Dricus Du Plessis vs. Darren Till