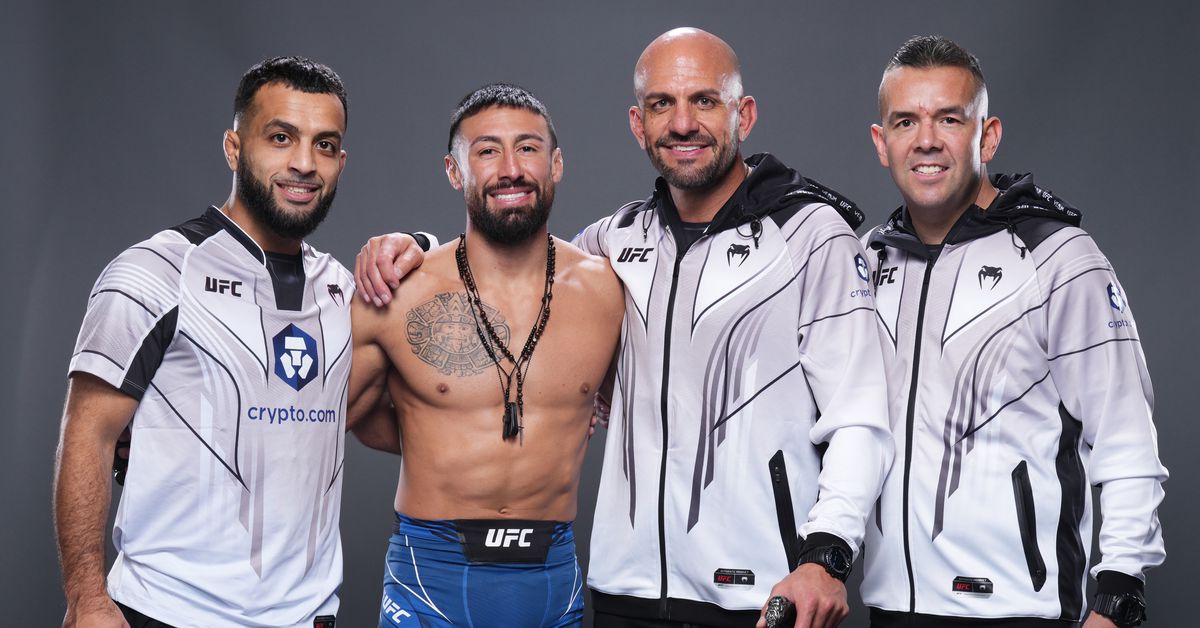 Chris Gutierrez experienced the highest of highs at UFC 281 after a receiving some terrible news.

Ahead of his fight with Frankie Edgar this past Saturday, Gutierrez found out that his coach Marc Montoya of the Factory X team was diagnosed with cancer of the kidney. The cancer was actually discovered when Montoya went to the hospital to address a staph infection and he shared the story on his social media.

Despite the diagnosis, Montoya traveled to New York City and was in Gutierrez’s corner when the bantamweight contender scored a first-round knockout of UFC legend Frankie Edgar.

Gutierrez shared his appreciation for Montoya during an appearance on The MMA Hour.

“The whole thing with coach Marc, he’s got a staph infection that he goes to the hospital with and they find out he had kidney failure and then when they run a scan they’re like, ‘You’ve got a mass on your kidney,’” Gutierrez said when asked about the emotional roller coaster he experienced in the lead-up to UFC 281. “So there were good things that came with everything that was going on. You still have situations that you have to face head on.”

According to Gutierrez, Montoya left the hospital on Thursday and was in New York by the Friday before Guttierez’s fight. His appearance was not a surprise for Gutierrez, who expected his head coach to follow through with his duties even though no one would have blamed Montoya if he had bowed out of the event.

“That guy is cut from a different cloth, to say the least,” Gutierrez said. “He made a promise and that guy’s just not going to make a promise and not keep it. So he was like, ‘I promise I’m going to be at your fight.’

“He had every excuse to say, ‘Hey man, I’m going to spend time with my family’ and rightfully so, he could have. But like I said, he’s built very different. He makes a promise, he’s going to keep it.”

Montoya still needs to be cleared of his staph infection before he can move on to cancer treatment and Gutierrez expects that his coach will undergo surgery to sometime in December. Under Montoya’s tutelage, Gutierrez has emerged as a dark horse in the UFC’s 135-pound division, with four straight wins and a 7-0-1 record in his past eight fights.

Gutierrez admits that he felt a little added pressure having to get a win after everything his Montoya had gone through to make it to fight night.

“Of course,” Gutierrez said. “It’s the reality, it’s the truth. This guy flew in that Friday and for me not to give it my all would just be a disrespect. This guy’s here giving it his all — literally, he’s struggling to to get up these stairs and walk everywhere with us — for me to go out there and just lay down easy and look for a doorway out would be a disrespect to him and his family and everyone that was in the process to make this happen.”