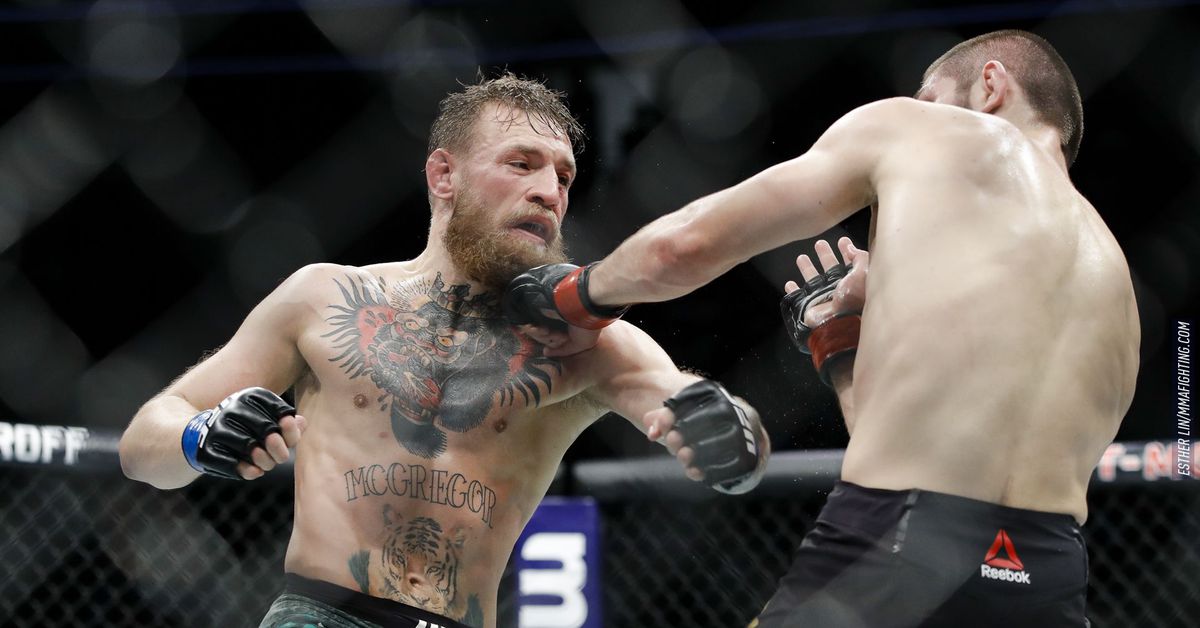 Conor McGregor isn’t letting an old rival get away with putting his name in his mouth.

Former UFC lightweight champion Khabib Nurmagomedov made a public speaking appearance in Toronto this past weekend and he took a thinly veiled shot at McGregor as he boasted about his team’s success. Nurmagomedov teammates Islam Makhachev and Usman Nurmagomedov recently captured UFC and Bellator gold, respectively, at 155 pounds.

“Right now we have current UFC and Bellator lightweight champions,” Nurmagomedov said. “This is amazing.

Nurmagomedov’s comment is a reference to McGregor famously declaring, “We’re not here to take part. We’re here to take over!” at a UFC event in his native Ireland following a dramatic first-round knockout of Diego Brandao. The phrase became a rallying cry for McGregor and his fans during his meteoric rise through the ranks.

Shortly after Nurmagomedov’s comments began to make the rounds on social media, McGregor issued a response, daring Nurmagomedov to come out of retirement and fight him again.

“I fight on,” McGregor wrote in a tweet that has been deleted. “Your fathers plan is never complete because you quit and ran, brother. God bless. I’m still here if you wanna go again. But your fear of defeat means you’ve already lost. Run from it all you want. We all lose in the end. Death takes us all. I fear nothing but God.”

Nurmagomedov and McGregor previously fought at UFC 229 in October 2018, where Nurmagomedov defeated McGregor by fourth-round submission in a lightweight championship bout before exiting the cage to spark a brawl between his team and McGregor’s team.

“The Eagle” went on to successfully defend his UFC title twice more before retiring in October 2020 with a 29-0 pro record. He has said on multiple occasions that his success and career path was all part of a plan orchestrated by his father Abdulmanap who died in July 2020.

McGregor has fought just three times since the loss to Nurmagomedov, with one win over Donald Cerrone at UFC 246. He has lost two straight fights to Dustin Poirier and in their most recent meeting, he suffered a broken leg that has kept him out of action for the past 16 months as he recovers from the injury and angles for marquee matchups.