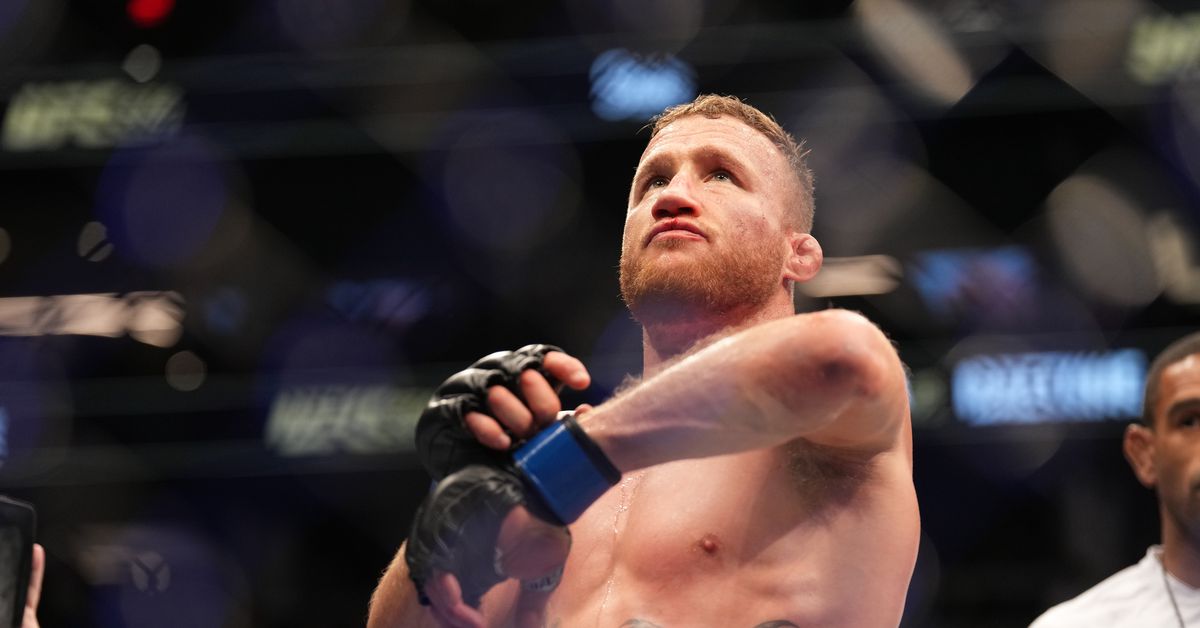 We haven’t heard much from Justin Gaethje since he lost to then-champ Charles Oliveira at UFC 277 back in May. That’s because the lightweight contender has been taking some much needed time to rest, recover, and prepare for another run at the lightweight title.

Sports Illustrated caught up with “The Highlight” at UFC 281 where he came to watch two former opponents — Dustin Poirier and Michael Chandler — clash.

“Poirier’s technique can out-class anyone,” Gaethje said after the fight. “The first round is so dangerous with Michael Chandler. The second round is almost as dangerous, and the third round, not as much.”

Following the loss to Oliveira, Gaethje revealed he’d be out of the gym for a while. He was getting surgery to repair a broken nose that barely allowed him to breath through his nostrils any more. But there was another reason as well, one he kept under wraps lest people consider it an excuse for his loss. Just over two weeks before his shot at the title, Gaethje wiped out on his motorcycle after one of the pedals malfunctioned.

“I smoked my head on the road, and had road rash all down my back,” Gaethje said. “It f—ed my vision for a couple seconds when it happened. Then I took damage in the fight. That’s why I’m taking so much time off. That was such a hurdle. I need this time off. When you get a concussion, you should take time off, and that’s what I’m doing.”

Now that he’s taken half a year off, he’s ready to get back to work. He hopes the UFC will book him alongside teammate Kamaru Usman when “The Nigerian Nightmare” is penciled in to rematch Leon Edwards in March.

“I need two impressive wins to get back in the picture,” Gaethje said. “I’ll be right back there with two finishes. The title is my focus. When it’s not, that’s when I need to get the f— out of here. Life’s crazy, but I’m excited. And I’m ready to do it again.”

“I don’t want to fight Beneil [Dariush],” Gaethje said in an interview with MMA Mania. “Ideally [at UFC 281] Poirier beats Chandler, I’d like to fight Poirier. I mean, he beat me. That’s one win I’d like to get back. It was Fight of the Year, Fight of the Decade — Fight of a Couple Years, probably. That was a hell of a fight. That’s ideal.”

Valentina Shevchenko vs. Jessica Andrade weigh-in highlight | UFC 261
Tofiq Musayev Wants Spot in Grand Prix – and New Champ Usman Nurmagomedov First | Bellator 288
Raimondi’s Legitimate Questions: Can the UFC produce another megastar like Rousey or McGregor?
Sean O’Malley: ‘I know my next fight is for the title’
Brendan Loughnane on 2022 PFL World Championship fight: ‘That money can change your whole family’s life in one night’