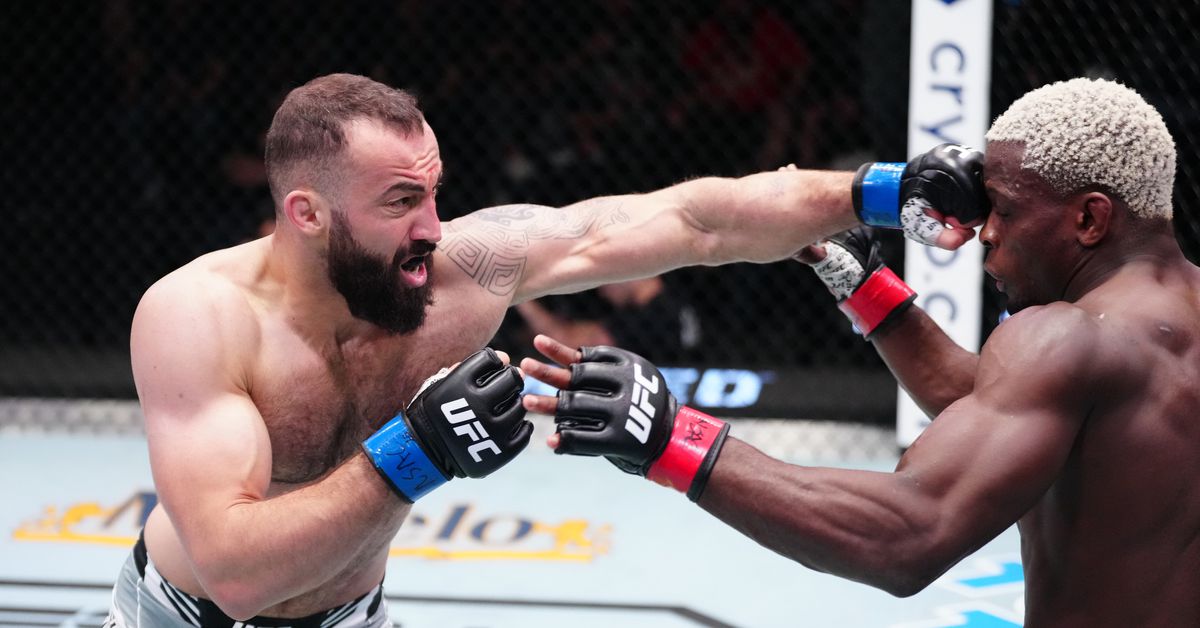 An undisclosed injury has forced Derek Brunson to withdraw from UFC Orlando. In his place goes Roman Dolidze, who will face Jack Hermansson at the Dec. 3 event.

Multiple people with knowledge of the shift confirmed the news to MMA Fighting following an initial report from ESPN.com. The Dolidze vs. Hermansson fight will serve on the ESPN-televised main card from Amway Center.

Dolidze makes a quick turnaround after an impressive showing this past month at UFC Vegas 63, where he stopped Phil Hawes by knockout. It was his third straight win since a decision setback against Trevin Giles and improved his octagon record to 5-1.

Hermansson is four months removed from a decision over short-notice replacement Chris Curtis, which put him back in the win column after a 1-3 skid sapped his hopes of a title shot.