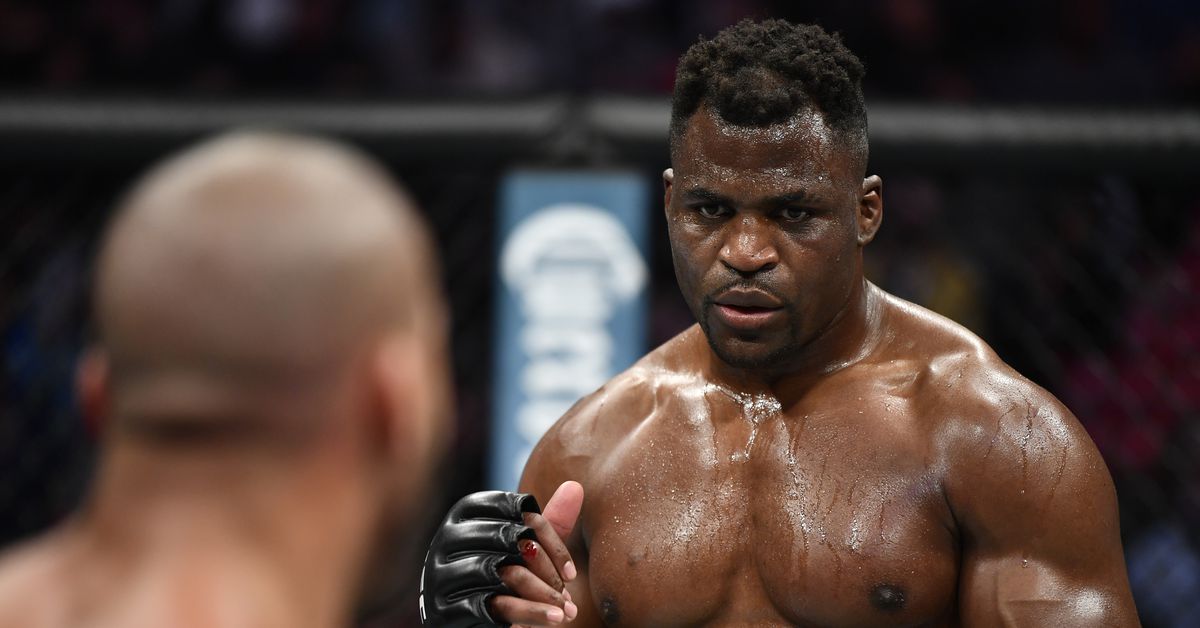 Francis Ngannou has been sharing videos on YouTube for the past year detailing the slow and arduous process of rehabbing his knee. But now he’s taken things up a notch, sharing video footage leading up to his January 2022 fight against Ciryl Gane as his team tried to get him to pull out of the fight.

Ngannou had completely shredded his knee, tearing his ACL and MCL four weeks before UFC 270. Rather than pull out, “The Predator” decided to fight through the injury. He’d end up winning unanimous decision, but it was extremely close. Most people watching saw Gane take the first two rounds before Ngannou turned things around by wrestling his former training partner for the final three.

The pre-fight footage from Ngannou’s Road To Recovery – Episode 2 video shows his coach Eric Nicksick of XTreme Couture questioning Francis’s plan to stay in the fight.

“Let me play devil’s advocate in this regard, only because I’m talking about we love you, that’s it” Nicksick said. “The bottom line is: what do you gain if you’re fighting injured? If you knock this dude out and we win, then what’s next? But what do you have to lose if this gets hurt or you or you lose this fight? What are the pros versus the cons? And I’m not telling you one is more than the other, but I think that’s what we need to decide as a team or a family, and then you have to make a decision at the end of the day.”

Nicksick then referenced Ngannou’s soured relationship with the UFC.

“I know, we all know, these motherf—ers don’t give a f— about you, bro. So why are we doing them a favor?”

Ngannou’s orthopedic surgeon also thought fighting without an ACL and MCL was insane, and suggested the knee would be damaged even worse if he competed on it.

“Overall, his meniscus cartilage right now looks good,” the doctor said. “The next thing that’s going to happen if his knee buckles in competition, there’s going to be so much force, he’s going to badly bruise the bone and he’ll rip the meniscus. Let’s face it, they know that this happened to him. They’re going to go after the leg. I think you’re not going to be 100% of the fighter that you are.”

After being forced to sit out for nearly a year, Ngannou wasn’t willing to miss the fight. It was the last bout on his UFC contract, and he wanted to make sure he was capable of leaving the promotion if that’s what he wanted to do after the injury was healed. And fortunately, Ngannou managed to dig deep and beat Gane, rather than have the situation look like T.J. Dillashaw vs. Aljamain Sterling.

Ngannou currently has zero fights left on his UFC contract, which also has a five year sunset clause that kicks in early 2023. He is currently hoping he’ll be ready to return to competition in March. Where is the big question, but it’s still looking more likely that he’ll take his services to the boxing world rather than re-sign with the UFC.